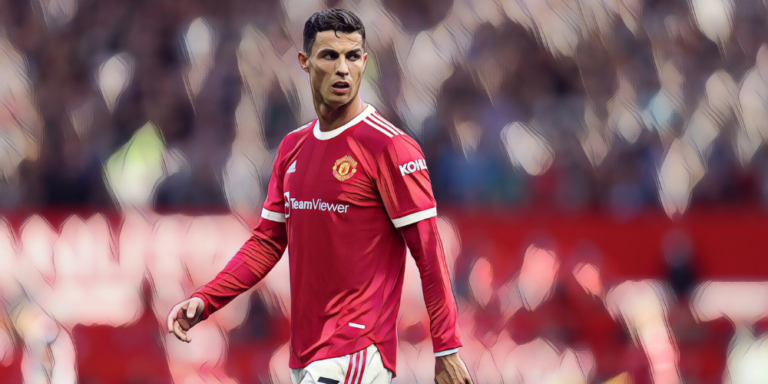 Cristiano Ronaldo says Manchester United can still achieve ‘big things’, but has questioned the ‘mentality’ of some of his teammates at Old Trafford.

United are seventh in the Premier League and facing a fight to secure a top-four finish, having been labelled as potential title challengers in pre-season following a summer transfer window that included the return of Ronaldo and signings of Jadon Sancho and Raphael Varane.

The club’s disappointing form saw Ole Gunnar Solskjaer sacked in November and replaced with Ralf Rangnick on an interim basis, but the change is yet to have delivered consistent results or performances.

United – six points behind fourth-placed West Ham with two games in hand – travel to face Aston Villa in the Premier League this weekend and ahead of the clash Ronaldo has discussed the need for a change in mentality at the club.

Speaking to Sky Sports, Ronaldo was asked if United could close the gap to the top-four without the correct mentality: “Impossible – I think it’s the main point,” he insisted.

“I don’t accept that our mentality be less than being in the top three in the Premier League.

“I think to build up good things, sometimes you have to destroy a few things. So why not – new year, new life and I hope that Manchester (United) can be the level that the fans want. They deserve that.

“We are capable of changing things now. I know the way but I’m not going to mention it here because I don’t think it’s ethical on my part to say that.

“What I can say is we can do better – all of us. Manchester (United) belongs to important things, so we have to change that.

“I don’t want to be here to be in sixth place, or seventh place, or fifth place. I’m here to try to win, to compete.

“I think we compete but we are not yet in our best level. But we have a long way to improve and I believe if we change our mind, we can achieve big things.”