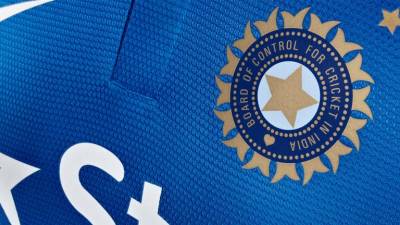 CHENNAI: India warned England on Friday to watch out for its spinners in the second Test as the hosts look to level the series.

India suffered a crushing 227-run loss in the opening Test after England won the toss and kept the spinners at bay on a flat track to rack up a monster first innings total that put them in control.

Chennai’s M A Chidambaram stadium remains the venue for the second of the four Tests, but on a different pitch, and India vice-captain Ajinkya Rahane backed his spinners to cause the visitors problems this time.

“(The pitch) looks completely different, I am sure it will turn from day number one,” Rahane told reporters.

“We have to forget what happened in the last match, focus on this and play a good game. We know these conditions really, so we have to put our best foot forward.”

Senior spinner Ravichandran Ashwin claimed nine wickets in the first Test, but got little support from the other end as Shahbaz Nadeem and Washington Sundar leaked too many runs in England’s first innings total of 578, which was helped by a 218-run haul by England skipper Joe Root.

Left-arm spinner Axar Patel is back in the team after missing the opener with a knee injury while Nadeem is out of the squad.

“Everyone’s in the mix,” Rahane said, without revealing the XI.

“All our spinners are really good,” he said.

“If in India the ball is turning then the opposition is under pressure. I am not too concerned about how our spinners are bowling. I am sure they will come up with a plan and bowl well.”

The home team will be boosted by the return of crowds for the first time on Indian grounds with the stadium expecting over 15,000 fans each day as coronavirus restrictions are relaxed.

Rahane said the players were relishing the prospect of having home spectators back for the first time since October 2019.

“Really excited as we know how much it means for us to get that support from our fans,” said Rahane. “And they will come and enjoy cricket.”

Wicketkeeper-batsman Rishabh Pant has been in fine form with the bat, emerging as the hero in India’s historic series win in Australia and making a crucial 91 in India’s first innings in Chennai.

But his glovework has been put under the microscope after he missed a few chances behind the stumps.

Rahane said the up-and-coming player was a work in progress.

“I don’t think we should be that concerned. See wicketkeeping is tough,” he said.

“I am sure Rishabh will learn as he gets more India experience. It is a learning curve and he is practising hard. We have to back such a player as an individual and as a team because we know what he can do with his batting.” – AFP