Albian Ajeti insists he “deserved to play more” for West Ham after sealing his exit from the London Stadium to join Celtic.

The 23-year-old Switzerland striker signed a four-year deal with the Hoops for a reported fee of £4.5million after making 12 appearances without scoring in a year with the Londoners.

Ajeti, whose move to West Ham from Basel reportedly cost the Premier League club £8m, was speaking in an open-air media conference at Celtic Park when he thought his opportunities in England were limited.

He said: “Yes, to be fair I deserved to play more, I don’t need to hide that. I deserved that.

“But this is football, this is how it is. I am really happy now. What is gone is gone and I am looking forward now.

“I just think I need to play and this why I signed for Celtic.

“I had a good chat with the gaffer, Neil Lennon, and the sporting director (Nick Hammond), they really wanted me and this was the most important thing because the first season I had in West Ham was clear for me; I need to play and I am really looking forward to playing with Celtic.”

Celtic manager Lennon told the club’s official website: “We are delighted to bring Albian to Celtic.

“He is a tremendous player, an international with real quality and I know he is really determined to do all he can to bring more success to our supporters.

“I have admired him for a long time as he is a really intelligent footballer, well balanced and a really good finisher. We are so pleased to make him a Celtic player and we hope he has a long and prosperous career with us.” 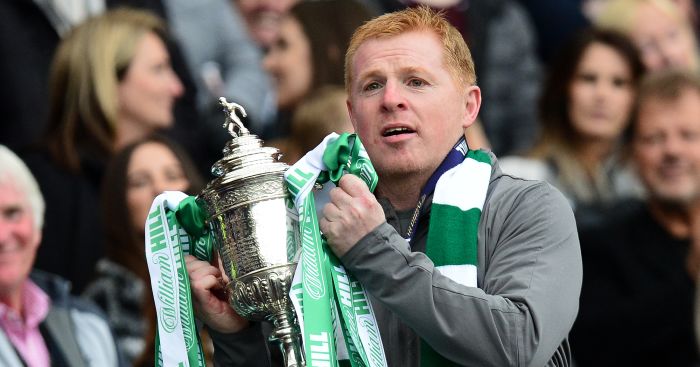 Ajeti insists the challenge at Celtic Park is no different to the one down south.

He said: “It is the same. It is football, here or the Premier League. Celtic, with the standards they have, it doesn’t feel any change. I am really happy to be here.”

One familiar face in the Celtic line-up is attacker Mohamed Elyounoussi, a former team-mate at Basel.

“We had a chat, he asked me about my situation. I talked to him about the city and how the life is here.

“I remember the games we played together, we had many good moments, scored lots of goals at Basel so I am really looking forward to linking up with him again.”

Ajeti also has a friend across the city at Old Firm rivals Rangers.

Striker Cedric Itten, who signed for the Ibrox club earlier in the month from St Gallen, came through the ranks at Basel with Ajeti and they are Switzerland team-mates.

The new Parkhead striker said: “I shared many years in the Basel academy. He had a different route to me.

“I am happy we can play in one of the biggest derbies in the world against a mate I know from Switzerland.”

Monfils to struggle with fewer fans at French Open