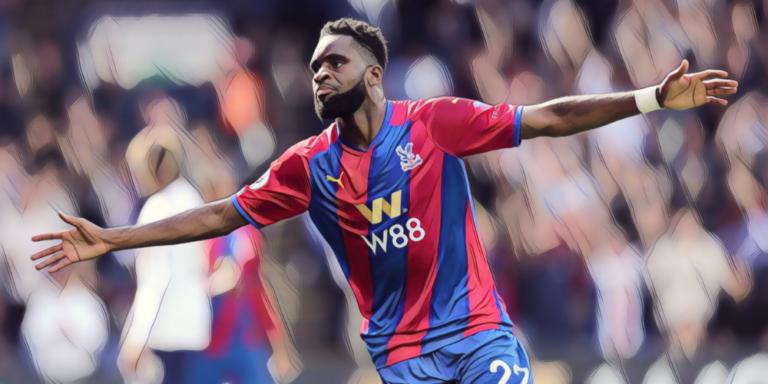 Our weekly Premier League awards honour the best – and worst – of the football action from the weekend.

Moment of the Week

Is there anywhere else to start but Cristiano Ronaldo‘s goalscoring return to Old Trafford?

After several seasons of indifference and transition, the return of Ronaldo has renewed hope that Manchester United can return to a status as England’s best side for the first time in the post-Sir Alex Ferguson era.

The atmosphere surrounding the club’s clash with Newcastle was already shrouded in excitement, but it reached fever pitch as Ronaldo opened the scoring in first-half stoppage-time.

The five-time Ballon d’Or winner will have had fewer simpler finishes in his record-breaking collection of goals, but it mattered little as the home crowd erupted with the inclusion of a trademark ‘SIUUU’ as Ronaldo raced away to celebrate.

Convinced that I’ll never film a better video on my mobile phone, ever again.

His second was a reminder of the class the 36-year-old still possesses, a blistering run in behind and crisp finish to restore the Red Devils’ lead after Javier Manquillo had threatened to be the unlikeliest of party poopers.

Ronaldo is back – and it promises to be box-office viewing.

Player of the Week

Ronaldo’s return rightly dominated headlines, but our Player of the Week accolade is awarded to Chelsea’s Mateo Kovacic.

In the absence of N’Golo Kante and Jorginho from the Chelsea engine room, Kovacic took charge of the west London side’s clash with Aston Villa with debutant Saul Niguez struggling alongside him.

His assist for Romelu Lukaku’s opening goal was exquisite, dancing through the traffic of two Aston Villa challenges before surging forward and threading a perfect lofted pass into the path of the Belgian.

No player registered more touches, passes, or duels won than the Croatia international, who capped a brilliant performance with the second goal, capitalising on Tyrone Mings’ mistake to lift a finish beyond Jed Steer and put the European champions in control.

Goal of the Week

Bruno Fernandes gave an outstanding reminder that there are two brilliant Portuguese footballers starring at Manchester United these days, the midfielder slamming home the Red Devils’ third against Newcastle with a rocket of an effort from distance.

Special mention must also go to Jesse Lingard’s fourth goal for Ole Gunnar Solskjaer’s side, a wonderful intricate team move and fine finish from the England international as Old Trafford basked in an atmosphere to savour.

Odsonne Edouard took just seconds to make himself an instant favourite of the Crystal Palace support this weekend, the deadline day signing coming off the bench to help the Eagles to a 3-0 win over Tottenham.

Edouard arrived from Celtic with a prolific record and wasted no time in proving he can cut it south of the border, scoring with his second touch just 28 seconds after his introduction as a substitute.

His dream debut was capped with a second goal in stoppage-time as Patrick Vieira secured his first win in charge of Palace, his new-look side set to take huge confidence from an upset of their London rivals at Selhurst Park.

Miss of the Week

No player in the Premier League has registered a higher expected goals figure (xG 3.9) or more shots (23) than Sadio Mane this season, with the Liverpool forward having been more than a little wasteful around goal in recent weeks.

The Senegal international has adopted a shoot-on-sight mentality, though it has come at the cost of often ignoring teammates in better positions.

Mane was once again in the thick of the action as Jurgen Klopp’s side won 3-0 at Leeds, but will want to forget this moment after squandering a golden opportunity to double his side’s advantage.

Diogo Jota’s surging run and cross needed the faintest of touches to convert from close range, only for Mane to balloon his effort over the crossbar when it seemed easier to score.

He made amends with a fine finish for Liverpool’s third, but this was one howler that the forward was fortunate did not cost his side dearly.

Quote of the Week

“Everyone knows that the football here in England is different than any part of the world. I’ve played everywhere and to be honest, England is the most special one.

“I belong to Man Utd. I arrived here at 18 years old, they treated me unbelievable and this is why I came back. I’m so proud to be here and I want to win.”

Donkey of the Week

The feel-good factor surrounding Spurs‘ start under Nuno Espirito Santo evaporated in quick-fire fashion at Crystal Palace, with the north Londoners outworked and outfought against their cross-capital rivals.

Palace were well worth the three points on a fine afternoon for the Eagles, though the hosts were given a huge helping hand following Japhet Tangana‘s sending off.

The 22-year-old has won plaudits this season but showcased his inexperience at Selhurst Park, picking up two bookings in quick succession to leave his side – already under mounting pressure – with a mountain to climb.

His first came following a cynical wiping out of Wilfried Zaha as the Spurs defence struggled to contain the winger, before overrunning the ball and lunging into a second challenge just moments later.

10-man Spurs – who had already seen Eric Dier substituted through injury – crumbled in the closing stages to concede three goals as their perfect start to the season came to an emphatic end.