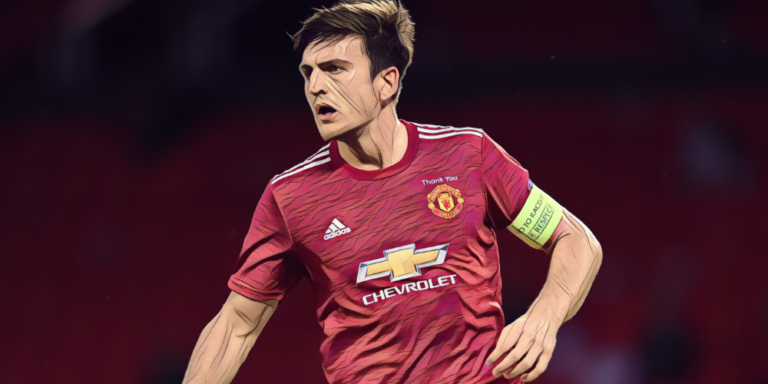 Harry Maguire has said he is hoping to be back in action ‘soon’ after suffering a calf injury last month.

The defender limped off in the 66th minute of Man Utd‘s 1-0 loss to Aston Villa on September 25th, with Victor Lindelof being drafted into defence alongside summer signing Raphael Varane in his absence for the games against Villarreal and Everton.

However, Varane is also now expected to miss ‘a few weeks’ of action after picking up a groin injury on international duty with France, the former Real Madrid man being forced out of the Nations League final at the weekend and returning to Manchester to begin his rehabilitation.

Details of Maguire’s injury have been somewhat scarce so far, though the England international has revealed he will be ‘back on the pitch soon’, although it seems highly unlikely he will be able to return to face his former club Leicester on Saturday after not rejoining first-team training.

“Yeah it’s getting there,” he told MUTV

“I still haven’t trained yet with the squad, but I am getting better, I am progressing as I should be.

“It is obviously a frustrating injury for me to get, but I am progressing and I will be back on the pitch soon.”

The mini injury crisis means that United are set to be light at the back for the upcoming game against Leicester at the weekend, with Lindelof, Eric Bailly and forgotten man, Phil Jones, the only senior options for Ole Gunnar Solskjaer.

Following that, United have a tough run of games throughout October and November, with fixtures against Liverpool, Tottenham, Man City, Chelsea and Arsenal all to come before the end of next month as well as three Champions League clashes.