Opinion: Why Manchester City can win the World Cup for England in 2026

Opinion: Why Manchester City can win the World Cup for England in 2026 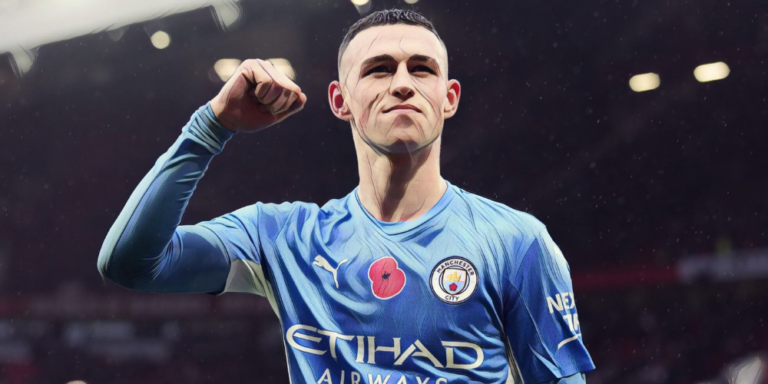 Any West Ham supporter worth their salt will swear blind that it was their club that won the World Cup in 1966, not England, and with Bobby Moore captaining that famous day, and Sir Geoff Hurst and Martin Peters providing the goals, they may even have half a case.

Beyond that iconic achievement however, it is hard to find examples of a club side furnishing a successful England XI to a similar extent and not exclusively because the Three Lions have failed to lift a major tournament since. Had they progressed past West Germany on penalties at Italia ’90, England would have mostly had Rangers to thank, with four of their players representing their country at that competition. Crucially though, only Terry Butcher started that evening in Turin with Gary Stevens, Trevor Steven and Chris Woods all warming the bench.

In 1996 we encounter much the same, only this time it was Tottenham with four players in England’s squad as they once again lost to their ancient foe on pens with the trophy within reach. From that quartet however, Sol Campbell and Ian Walker were merely reserves.

Indeed, the more you look into it, the more it becomes apparent that it’s a long-held myth that a single club can dominate the international scene, in England at least. Abroad, particularly in Spain, their national side has capitalised enormously down the years from sublime domestic teams; abroad it’s quite commonplace. But in a nation that houses two clubs in Manchester United and Liverpool who have historically straddled Europe, we still tend to share our wealth around.

This might change sometime soon though and quite spectacularly so. At this summer’s Euro final, Manchester City had three players featuring for the hosts and it would have been four had Phil Foden not been injured. Yet that is nothing compared to the collaborative union of club and country that lies on the horizon, a situation that may almost have City and England’s fortunes intertwined.

Let’s start with the most obvious and most talented bequeathal, that of Philip Walter Foden. Already a world beater and established phenomenon, and so often the best player in a team studded with superstars, Foden will be 26 in 2026 and firmly entering his prime.

Given the extent in which he has excelled to this point it’s actually quite fearsome how good that prime will be because at an age when mere mortals are typically breaking through, with an appearance here and there, Foden has won three league titles; played in a Champions League final; won a player of the tournament merit at a Under 17s World Cup; won the BBC Young Sports Personality of the Year award along with a PFA Young Player of the Year award.

He has been mentored by arguably the finest coach in the modern age and outshone generational talents such as Kevin De Bruyne on a weekly basis, scoring and assisting 27 times in 76 Premier League games. He has twice ran the show at Anfield and surely he’s a future Ballon ‘d’Or winner and he’s England’s glistening gem in a crown still under construction.

Not substantially behind Foden in terms of development ceiling, next up we have Cole Palmer. The hype surrounding this Wythenshawe-born schemer is thankfully still on the tepid side largely due to his slender game-time though that will change and dramatically so when full international recognition inevitably arrives.

For now, the young midfielder is concentrating on making important milestones, such as scoring his first Champions League goal – check – and scoring for England’s Under 21s – check – and gaining the trust of Guardiola as an integral squad member instead of a promising kid to chuck into League Cup early rounds – check.

Palmer’s accelerated progress is genuinely exciting to behold and the ease in which he has transferred his silky touch and movement to the bigger stages impresses. In his latest Under 21 outing, among some esteemed company, he looked a class apart.

Emerging too from City’s academy, that cost £200m to assemble and is widely considered to be the best in the world, is James McAtee, a teenager of enormous potential blessed as he is with quick feet and devilish intent.

Presently every club under the sun is desperately trying to lure the midfielder away from City with promises of first-team football and that’s because one of the worst kept secrets in the game is that he is special indeed, equally at home as an eight or ten and so comfortable on the ball which comes alive in his possession. If McAtee doesn’t win 80+ caps for his country we can only presume climate change is significantly even worse than believed and the planet is soon to end.

These three ballers are cause enough for England fans to flock to Manchester, to witness the kids who will soon make their dreams and ours manifest, but then there is also Liam Delap, the 18-year-old ‘English Haaland’ who cannot stop scoring for the EDS (Elite Development Squad) while at left-back Josh Wilson-Esbrand has that position tied down for the next decade and that’s before he’s even appeared for club or country. Just imagine if Guardiola somehow created his perfect full-back. That’s Wilson-Esbrand.

To these exhilarating prospects we can add of course Jack Grealish, John Stones, and Raheem Sterling – who will all be between the ages of 30 and 32 in North America in 2026 – and with all of these players tutored by Guardiola and ingrained with a winning mentality born from playing for a highly successful football club, it’s an encouraging sign indeed for the Three Lions post-Qatar.

In years to come Blues could well be making a lofty claim, one that mirrors a West Ham boast that has resonated for half a century. In both instances, they will have at least half a case.

The post Opinion: Why Manchester City can win the World Cup for England in 2026 first appeared on The Football Faithful.