Leeds manager Marcelo Bielsa has hit out at a question about Mark Wright’s role in Crawley’s FA Cup win over the Whites last weekend.

Wright, who made his name in reality TV, used to play football semi-professionally. However, he made his professional debut last Sunday at the age of 33.

He came on in the final minutes to cap off a wonderful afternoon for Crawley in their 3-0 upset over Leeds.

But as well as the result ranking as Leeds’ fifth-worst result in their history, pundit Adrian Durham claimed on talkSPORT that bringing on Wright was Crawley “laughing” at their visitors.

In his latest press conference, Bielsa was asked if Wright’s debut acted as an ‘ultimate humiliation’ for Leeds. However, the Argentine took issue with the question with a lengthy rant.

He said (via Leeds Live): “No, I didn’t explain myself well. I in no way judge if the player came in or whatever his origin is.

“For me, he is a component of the opponent’s team and he legitimately occupies that place and he came on like any other teammate came on, that’s how I interpret it.

“I talked about the media’s point of view, their attempt to find something in the non-football part. As if the game didn’t have enough elements to classify our performance as negative, but because it’s not sufficient they got to the fact what he does and he came on the pitch. 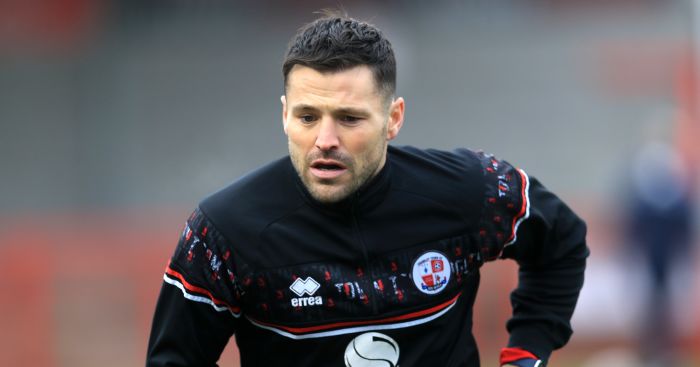 “Or the lack of seriousness we could have faced this game, all the extra things that allow the person referring to the game, adds colour to an already important matter.

“To make us look even more bad or stupid than we already feel. I reiterate this change should in no way be criticised. The conditions this player has linked to him being a TV star, but he deserves to be there.”

Bielsa then took issue with further criticism for goalkeeper Kiko Casilla. The stopper could have done better against Crawley, struggling to make a solid impact.

The 34-year-old has suffered a turbulent time of late, including his eight-match ban for racism last season.

Bielsa fires back at Casilla critics

Continuing his comments about Crawley’s win, he said: “Or the fact a victory is celebrated by getting drunk, I don’t think that is bad or good, but I do signal in the same way linked to Casilla.

“Because if someone says [Elia] Caprile should be in goal ahead of Casilla they ignore Casilla’s career. And everything he has suffered since the eight-game ban until now.

“The question wants to humiliate Casilla, it has nothing to do with Caprile. This is part of football.

“One day [Illan] Meslier gives a bad pass, aged 20, resulting in a goal and whether it was a good idea to replace this 20-year-old with experience like Casilla’s, in the next day the question is if a 19-year-old goalkeeper should be in goal because I lost confidence in Casilla.”

Bielsa was speaking ahead of Leeds’ Premier League clash with Brighton on Saturday.