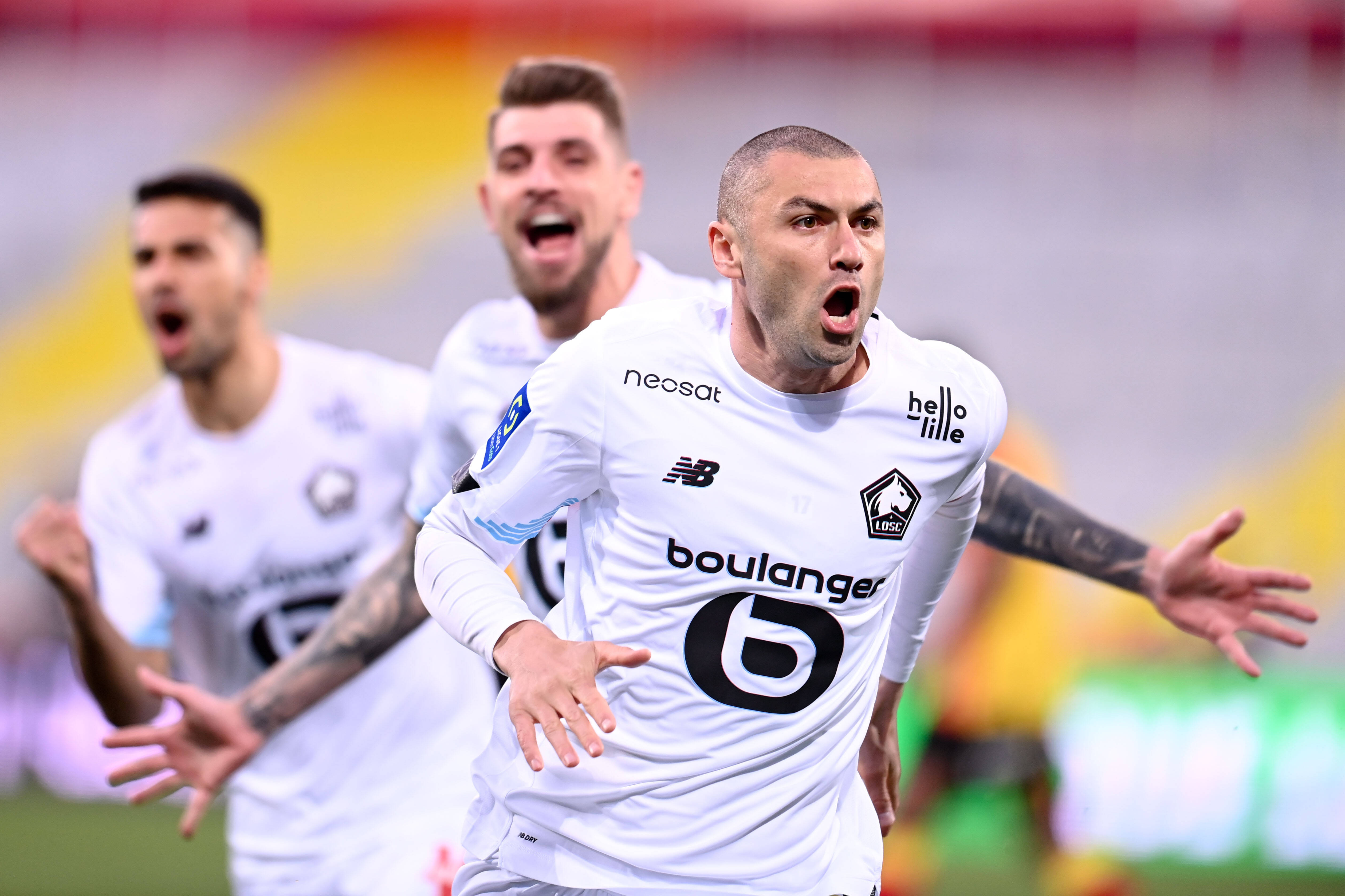 In the 36th round of fixtures in Ligue 1, Paris Saint-Germain’s 1-1 draw with Rennes left Lille three points clear at the top of the Ligue 1 table after their 3-0 victory away to Lille on Friday night.

Burak Yilmaz fired Lille into the lead after just five minutes as his penalty crashed in off the post, after Jonathan Bamba was brought down inside the area.

Lens were left with an almighty battle to climb in the 35th minute after Clément Michelin was sent off for a second bookable offence, his second red card of the season in the Derby du Nord.

Yilmaz doubled his sides lead five minutes later with a stunning strike from 25 yards for the 35-year-old’s 15th league goal of the season.

Jonathan David then pounced on a goalkeeping error with half an hour to play to wrap up all three points for Lille.

PSG were punished for an uninspired display away to Rennes on Sunday evening.

Despite a lacklustre first half, Les Parisiens went into the break a goal to the good after Neymar converted his penalty.

VAR intervened to award the spot-kick after Nayef Aguerd was adjudged to have fouled Layvin Kurzawa.

Rennes deservedly equalised after 70 minutes as Serhou Guirassy rose highest in the PSG box to head home his side’s corner.

Presnel Kimpembe was dismissed in the closing stages for a rash challenge on Jérémy Doku to rub salt into the reigning champion’s wounds and leaving his side’s title defence hanging by a thread.

Both sides next play this Sunday at 8.00 pm with PSG welcoming Stade Reims to the Parc des Princes and Lille hosting Saint-Étienne.

All of this weekend’s Ligue 1 fixtures will be available via live online streaming.