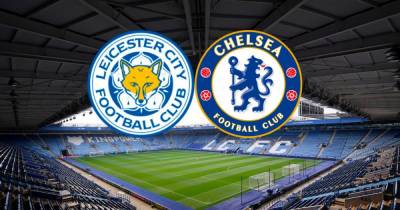 LONDON: Thomas Tuchel plans to ruin Leicester’s bid to make history, as the Chelsea manager eyes the first trophy of his reign in Saturday’s FA Cup final at Wembley.

Tuchel has enjoyed a superb run since replacing the sacked Frank Lampard in January.

The German has led Chelsea to the FA Cup and Champions League finals, while taking them back into the Premier League’s top four.

Winning his maiden silverware in English football would be further evidence of Tuchel’s impact.

But Leicester, two points above Chelsea in the Premier League, will pose a significant threat to Tuchel’s ambitions under the astute guidance of boss Brendan Rodgers.

The Foxes are aiming to win the FA Cup for the first time in their first final appearance since 1969.

No club have appeared in more FA Cup finals without lifting the trophy than Leicester, who have lost four times in the showpiece match.

In contrast, Chelsea have won the FA Cup eight times, with their last victory coming against Manchester United in 2018.

The Blues, beaten in last year’s final against Arsenal, will be making their fourth appearance in the competition’s denouement in the last five years.

After a frustrating end to his spell at Paris Saint-Germain – where he won the French title and reached last season’s Champions League final before being forced out following a power struggle with sporting director Leonardo – Tuchel has quickly erased any doubts about his suitability for Chelsea.

Cleverly covering up for the lack of goals in his misfiring attack by focusing on defensive discipline and work ethic, Tuchel has revitalised a Chelsea side who were spiralling d

Tuchel has energised the likes of N’Golo Kante, Jorginho and Antonio Rudiger, with England midfielder Mason Mount growing more influential by the week.

But Chelsea’s limp 1-0 defeat against Arsenal on Tuesday – just the third loss under Tuchel – emphasised the importance of solving the issues with forwards Timo Werner, Kai Havertz and Hakim Ziyech sooner rather than later.

Tuchel blamed himself for that defeat, claiming he made too many changes after last weekend’s emotional win at champions Manchester City.

Ahead of a crucial final week in the Premier League – featuring games against Leicester and Aston Villa – it will be intriguing to see if Tuchel fields his strongest team at Wembley.

He has already confirmed Kepa Arrizabalaga will start instead of first-choice keeper Edouard Mendy.

“He starts the FA Cup final.” Tuchel said. “We trust him and he deserves it, that is the basis of why we put him in the line-up.”

Rodgers also has Leicester’s top-four ambitions to consider as he plots his line-up against Chelsea, but the chance to create history will be his only focus at Wembley.

“We have earned the right to be in the final and we will arrive with an opportunity to make our own history. We feel we’re in with a chance and if we can play to our level we have a great chance,” Rodgers said.

After a successful spell at Celtic, former Liverpool and Swansea boss Rodgers has burnished his reputation with his impressive work at Leicester.

Winning his first major trophy in English football in front of a crowd of 21,000 at Wembley – as part of the UK government’s plan to test the return of big crowds amid the coronavirus pandemic – would be another feather in Rodgers’ cap.

“To be able to lead Leicester out for the first time in 50-odd years will be a real privilege for me,” he said.

“This is a game where you can create an incredible legacy, you write your own stories in these games.” – AFP