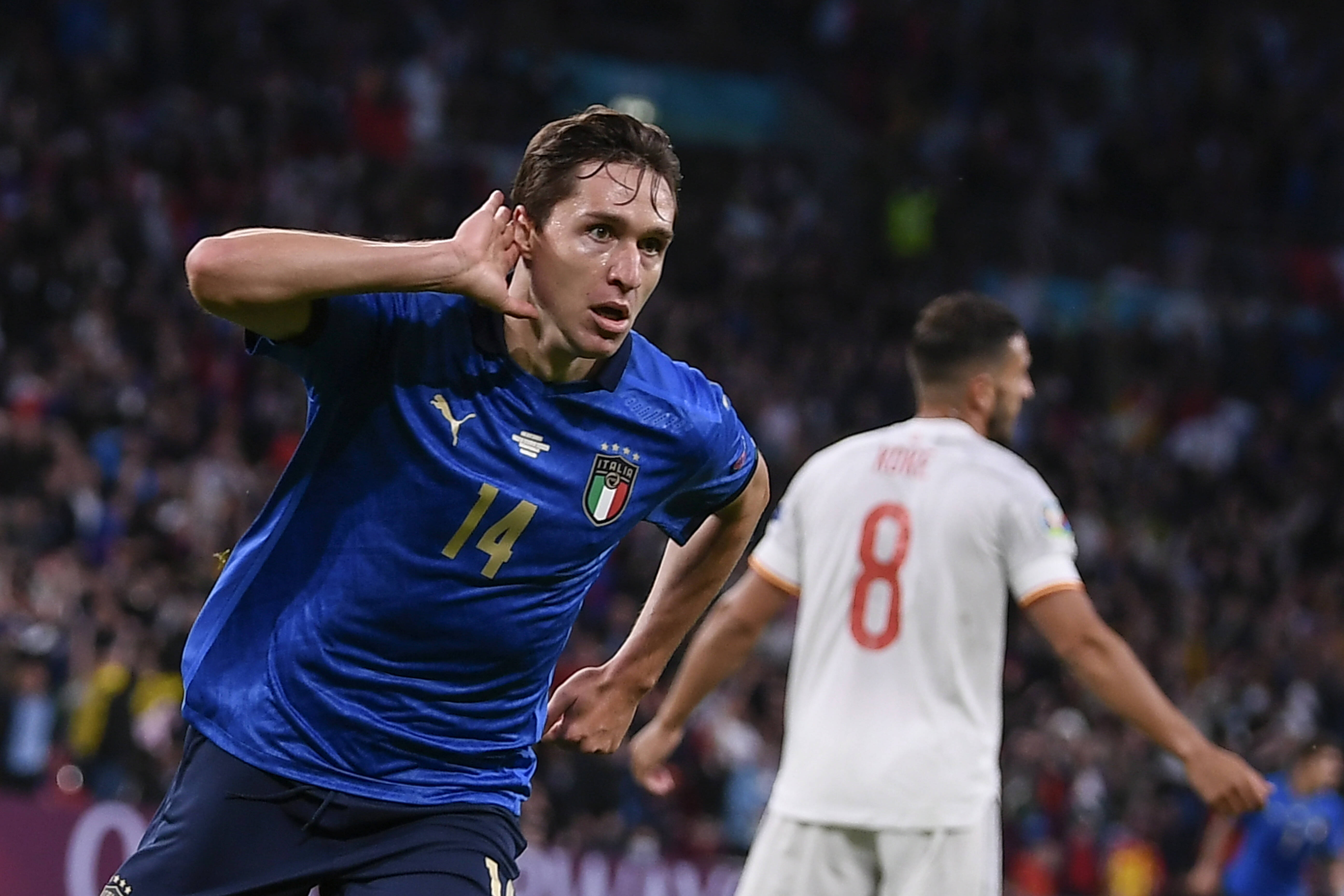 Chelsea have made a club-record offer for Federico Chiesa but Juventus have no plans to sell him, Bild reporter Christian Falk claims.

The Blues are looking to bolster their frontline this summer, and they have their sights on Chiesa, who can play on either flank or lead the line.

The west London giants recently made an opening €100 million bid to sign the Italian, but the Bianconeri have made it clear that he is ‘untouchable‘.

The Bianconeri signed Chiesa on loan from Fiorentina for €10m last summer, and they have the obligation to buy him for €40m at the end of next season.

Chiesa has been a terrific signing for the Bianconeri, and he had a fine debut season, registering 15 goals and 11 assists from 46 appearances.

The 23-year-old carried over the form to Euro 2020 with Italy. He bagged two goals and was a constant attacking threat in the final win over England.

Chiesa’s dribbling qualities at pace are an uninviting sight for opposition defences, and he has the potential to become a world-class player in the future.

The Bianconeri are well aware of the Italian’s qualities, and it is unsurprising that they are reluctant to lose his services at any price this summer.

The Blues are searching for an elite player to lead their attack. They won the Champions League last term, but their forwards squandered multiple scoring chances.

Timo Werner and Tammy Abraham were the top-scorers with just 12 goals apiece. The latter is widely expected to be sold during the ongoing transfer window.

While a deal for Erling Braut Haaland appears improbable, they face a familiar sight with Chiesa, who is regarded as a key part of the Bianconeri’s plans.