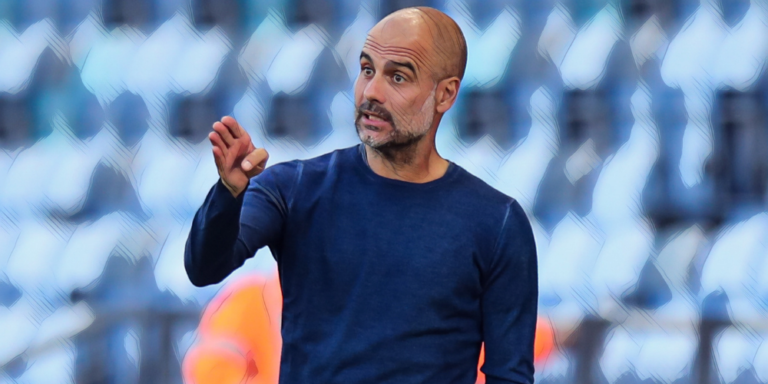 Pep Guardiola has discussed Manchester City’s defeat in last season’s Champions League final and insists his side did ‘incredibly well’ to reach the competition’s showpiece.

Guardiola’s record in the competition has been questioned in recent seasons despite domestic success, with last season’s passage to the final appearing to represent a breakthrough moment before defeat to Chelsea in Porto.

Ahead of this season’s competition, the Spaniard has opened up on last season’s near miss and has refuted suggestions his side ‘failed’ after missing out on a maiden European title.

Guardiola praised his side’s achievement in reaching the final, but warned last season’s performances count for nothing ahead of the visit of Leipzig to the Etihad.

“The Champions League has 13 games,” he told his pre-match press conference.

“Last year we won 11 games and lost one. People said we failed. I think we did incredibly well.

“It is not guaranteed that if we did really well last season, we will do well in this one. The first thing is to win tomorrow.

“We lost the final against a good contender. We’ll try again but every team wants to win.

“We have to prepare well for the game and continue the rhythm of the last few games. We were at a high level and we have to continue this way.”