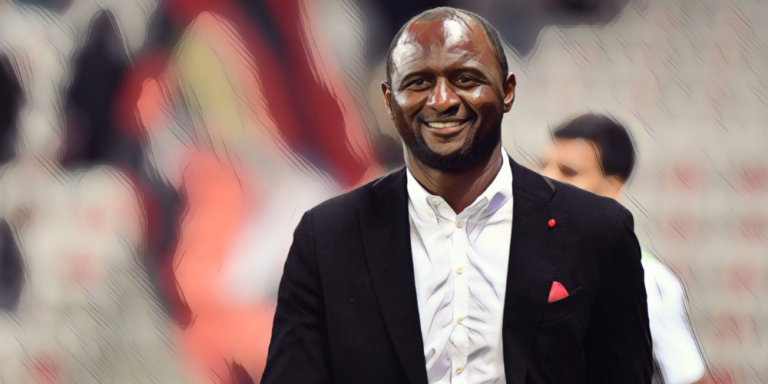 Mikel Arteta has admitted that he’s keen to improve Arsenal’s attacking ‘efficiency’, while he also discussed the need for leadership ahead of Patrick Vieira’s return with his Crystal Palace side on Monday.

That clash will see the Gunners hoping to extend their current five-game unbeaten run in all competitions, although their last league outing prior to the international break ended in a goalless draw with Brighton and Hove Albion.

That stalemate was the fourth time this season that Arsenal have fired a blank in a Premier League game, while they’ve only scored more than once in a league game on one occasion, in the 3-1 home win over rivals Tottenham Hotspur.

Ahead of the visit of Palace on Monday night, the Spaniard has admitted that his side need to work on increasing their attacking threat and improve their ‘efficiency’ in front of goal.

“There have been many areas [of focus], that is one of them obviously,” the Spaniard said at his pre-match press conference. “The players we have available here to work because of internationals is very limited but it is certainly something we can do better and improve in our efficiency in front of goal, and when we get that balance right it will obviously help us to win more game.”

The game will also see former Gunners captain and icon Patrick Vieira return to the club where he won three league titles as a player in a hugely successful nine-year spell, with Arteta insisting that his current squad are perhaps lacking a real leader like the Frenchman was.

“I don’t know, that was a long time ago so I don’t know what the research has been,” he added. “There have been some really good midfielders and Patrick was Patrick. There’s not going to be another one like him.

“He is an Arsenal legend and I hope he gets the reception that he deserves.”

“It’s a different era as well and the way that players were raised and educated is different to today. We cannot try to copy that and obviously it would be great to have someone like Patrick or Tony [Adams] in the team, but we have different qualities and different characteristics and we have to develop them.”

Arteta was also full of praise for his counterpart’s contributions to the club and hopes that he is recognised by the home crowd at the Emirates Stadium on Monday.

“He is an Arsenal legend and I hope he gets the reception he deserves for what he did for the club, not only as a player but also what he transmitted as a person. He was a captain of the club in the most successful era in the last many years and it is great to have him back.

“Well, he has already a couple of experiences [as a manager] and he knows the league really well. You can see the touch that he is trying to put in the team and the things he is trying to implement there.

“I don’t know how they are going to set up, they have done it in different ways and have used different players in – most of the time – similar formations. So let’s see how the game develops.”

The post Arteta keen to improve Arsenal attacking ‘efficiency’ and discusses need for leadership ahead of Vieira return first appeared on The Football Faithful.