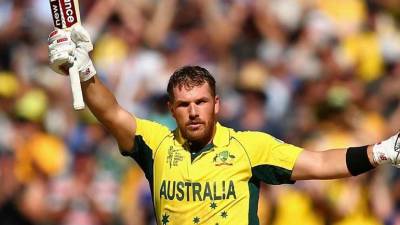 Finch said his team must stay focused throughout the match because he expects Kane Williamson’s men to fight till the end in Dubai.

“Anytime you play New Zealand you know how great a contest it’s gonna be, you know that they’re so disciplined in all three facets of the game,” Finch told reporters on Saturday.

“They’re a team that you have to be on for all 40 overs if you’re gonna get over the line. They’re a great side. They’re really well led by Kane and he’s done it brilliantly.

“They seem to just hang around for long enough in any kind of contest and wear you down. That’s what we’ve learned over the years about New Zealand. They fight and scrap in every situation.”

It will be a rematch of the 50-overs World Cup title match in 2015 which Australia won, but Finch felt there was little to choose between Sunday’s finalists.

“I think both teams are really well matched up with similar sort of structures in terms of the powerplay bowling,” he said. “New Zealand have obviously been the dominant team in the World Cup in the powerplay with the ball.

“Both teams have got good spin options. It should be a great contest. It always is. So yeah, we can’t wait.”

Few would have tipped Australia as a potential World Cup finalist after their tumultuous buildup when they lost five consecutive T20 series.

Finch said his team have been able to stick to their plans and play to their strengths.

“You got to be in it to win it. I think it’s something you would take to give yourself an opportunity to win a world event, and to win an ICC trophy is really special,” Finch said.

“So yeah, we’re really proud of where we are at the moment and where we’ve come from. And one more step to go.” – Reuters