England need miracle to save Test on Chennai ‘beach’

England need miracle to save Test on Chennai ‘beach’ 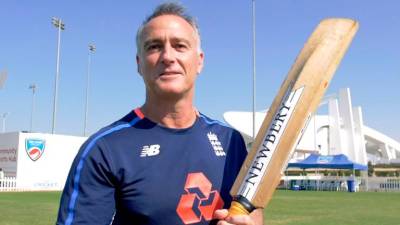 CHENNAI: England assistant coach Graham Thorpe (pix) declined to comment on the suitability of the pitch at Chennai’s MA Chidambaram Stadium but conceded his team would need a miracle to save the second Test against India on the spin-friendly surface.

Off-spinner Ravichandran Ashwin helped bowl out England for 134 on a pitch offering turn from day one and the ball kicked up dust after landing.

“It’s incredibly challenging on that surface for us on day two,” Thorpe told a video conference.

“They have a skilled spin attack on their own conditions and it was a very good toss to win. There are some balls in the pitch that you might not be able to do too much about.”

“In terms of commenting on the suitability of the pitch for a Test, that’s for someone above me to say,” former England batsman Thorpe said.

“It has obviously taken turn early in the game.”

England need “something very, very special” on Monday to maintain their 1-0 lead in the four-Test series, Thorpe said.

Ashwin denied there were any demons in the pitch.

“Time and again, there are conditions which will challenge you, be it spin or seam,” Ashwin, who took 5-43, told reporters.

“If the ball is moving around at 145-150k and takes off the deck, that has to be more challenging than someone bowling at 85-90k when the ball is spinning.

“Clearly the challenges are way greater than when you come up against spin.”

Ashwin spelled out what he thought should be the batting approach on such tracks.

“You have to give it to the bowler, bide your time and then probably cash in on it later. It’s just another form of art.” – Reuters