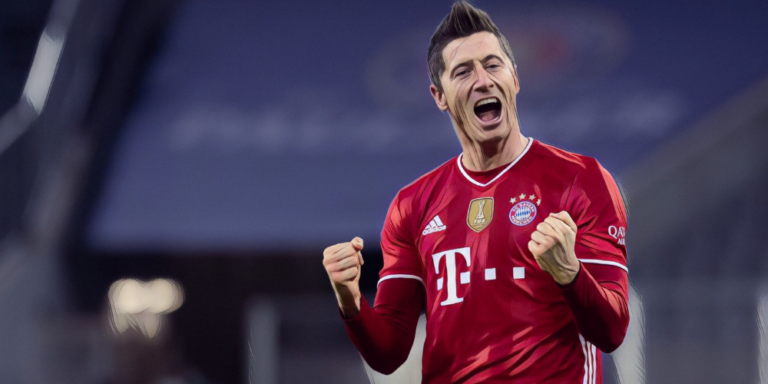 Manchester City are considering a move for Bayern Munich star Robert Lewandowski as a potential alternative to Harry Kane.

Lewandowski has emerged as a potential target amid uncertainty surrounding the 32-year-old’s future at Bayern, with the Poland international yet to sign an extension to his current contract that has two years left to run.

Pep Guardiola previously coached the forward during his time in charge at the Allianz Arena and City are understood to be monitoring his situation after seeing an opening offer for Tottenham star Kane rejected.

According to the Mail, Kane remains the leading transfer target for the Premier League champions, though Spurs remain reluctant to sell the England captain who has three years remaining on his deal at the Tottenham Hotspur Stadium.

City’s bid for the 27-year-old was believed to be around £100m and was rejected by the north London side, with Lewandowski now emerging as a potential alternative and deemed an ‘achievable signing’ by Europe’s elite given his contract situation.

Lewandowski is amongst the front runners to win the Ballon d’Or in 2021 following a record-breaking season with Bayern, the star scoring a staggering 41 league goals in just 29 appearances to break Gerd Muller’s all-time record set in 1971/72.

City operated for much of last season without a recognised centre-forward and have seen their options reduced further following Sergio Aguero’s free transfer move to Barcelona, the club keen to sign a new number nine as they bid to continue their dominance of English football in 2021/22.