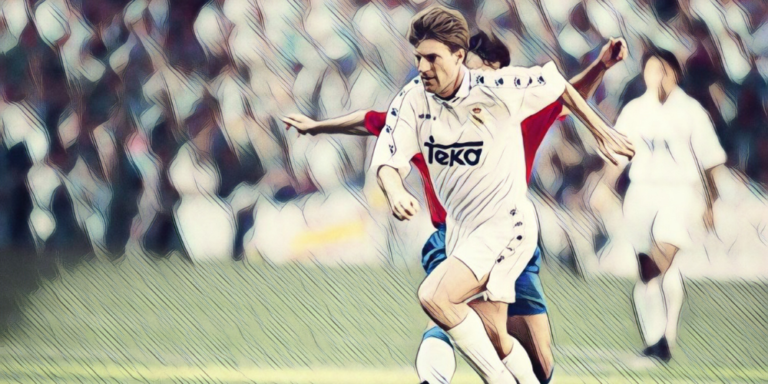 Laudrup became one of the finest players in Barcelona’s history after winning four consecutive league titles and the European Cup at the Camp Nou, before helping Real Madrid wrestle back Spanish dominance from Catalonia after moving to the Bernabeu.

The former Denmark midfielder spent just two seasons with Los Blancos, though his impact was enough to see him voted as the 12th best player in the club’s entire history in 2002.

Laudrup became a hugely popular figure with his elegant style of play and dribbling ability, his debut season including a 5-0 thrashing of former club Barcelona in Madrid.

He further cemented his status as a favourite with this winner in the Madrid derby, here is Michael Laudrup’s brilliant individual goal against Atletico Madrid.