TYSON FURY has broken his silence following the postponement of his trilogy fight with Deontay Wilder – thanking fans for his recent ESPY award.

The WBC heavyweight champion, 32, was due to face the American in Las Vegas a week on Sunday before he tested positive for Covid.

The Gypsy King broke his silence on Wednesday, thanking fans for voting him as ESPN’s ‘Best Boxer’ of 2021[/caption]

Fury has yet to speak on the Covid outbreak that ravaged his camp, although he did take to Twitter on Wednesday to thank fans who voted him as ESPN’s ‘Best Boxer’ of 2021.

In a Twitter video, he said: “Hey there, this is Tyson Fury, AKA The Gypsy King.

“I’d just like to thank everybody that for this year’s ESPY award, ESPN award.

“Real, real, real honour. Thank you very much, All the best. God bless.”

JOIN SUN VEGAS: GET A FREE £10 BONUS WITH 100s OF GAMES TO PLAY AND NO DEPOSIT REQUIRED (Ts&Cs apply) 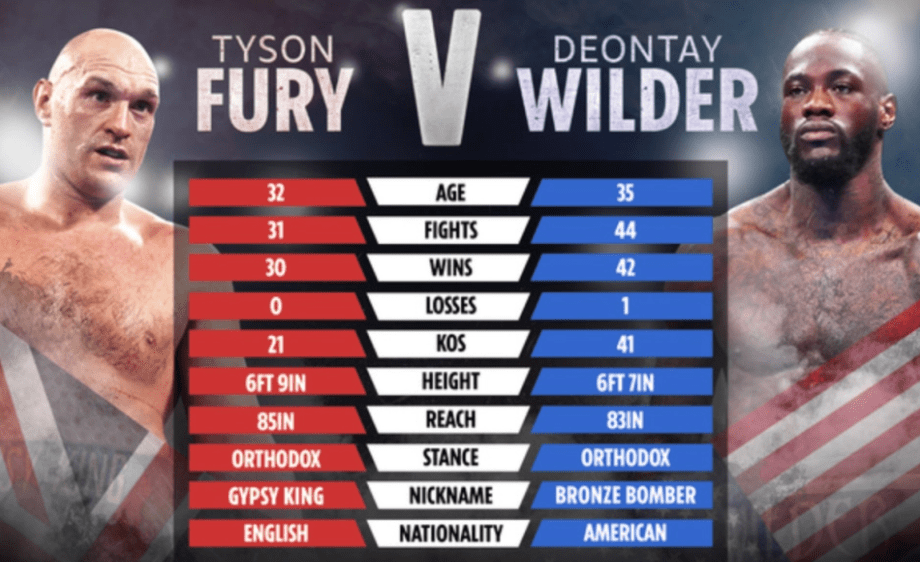 Fury caught Covid after declining to get his second jab for fear of getting sick ahead of the fight.

“He got vaccinated in Miami. He got the first shot.

It’s understood Fury vs Wilder III – which was due to take place at the T-Mobile Arena – is currently in the works for October.

Most read in Boxing

ON THE PAUL (AGAIN)


Logan Paul tells Mayweather, ‘I promise I’ll knock him out’ in rematch


Joshua called out by Takam, who says ‘there is unfinished business’ after loss

PAUL A FAST ONE

And co-promoter Frank Warren has lamented the Brit’s delayed return to the squared circle.

He told BT Sport: “It’s looking some time in October, which is a great shame it’s been postponed, but it is what it is.

“Unfortunately, they in the camp and himself got tested positive for Covid. There’s nothing we can do about it.

“It’s the times we live in, so the fight is postponed. Pushed back.

“By the time he gets into the ring, he will have been out for nearly 20 months. That’s a long, long time.”