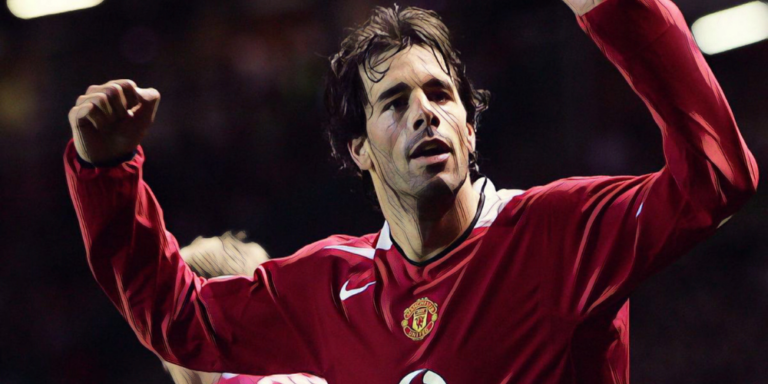 The UEFA Champions League features the best players in world football each season, an annual competition to decide the continent’s finest footballing outfit.

There are few greater stages than the bright lights of European nights in the Champions League, with those who make a difference on the biggest of occasions cementing their legacy in the game.

As the 2021/22 campaign gets underway we’ve decided to look back at some of the competition’s greatest goalscorers, a selection of out-and-out number nines who regularly delivered in Europe’s premier tournament.

Whilst the likes of Cristiano Ronaldo and Lionel Messi have set unprecedented standards as multi-functional modern forwards, neither feature as we deliver an ode to the traditional number nine type striker – so please refrain from losing your frickin mind.

Here are five of the best out-and-out strikers in Champions League history.

The term out-and-out forward could well have been coined to describe Filippo Inzaghi, a footballer who cared for little else but finding himself in the right place at the right time inside the box.

Inzaghi scored 46 goals in the Champions League across spells with Juventus and AC Milan, the Italian giants well aware that the penalty-box poacher needed just half a chance to make a difference.

The forward reached the final of the competition during his debut season at Juventus, before twice lifting club football’s biggest prize following a switch to the San Siro.

Inzaghi scored prolifically as Milan were crowned European champions in 2002/03, scoring 12 goals in just 16 appearances as part of a career-best haul of 30 goals in all competitions.

The former Italy international was again an influential figure as a second Champion League title was won four years later, his six goals including a brace in the final as Liverpool were beaten 2-1 in Athens.

Ruud van Nistelrooy often saved his best performances for Champions League occasions, the ruthless Dutchman the competition’s premier forward for much of his time at Manchester United.

The finest period of Van Nistelrooy’s career came during a five-season spell with the Red Devils, where he scored 150 goals in just 219 appearances across all competitions.

That haul included finishing as the Champions League’s leading scorer three times in four seasons, though the ultimate success proved elusive for Van Nistelrooy with the semi-finals the closest he came to a winners’ medal.

Van Nistelrooy was a poacher of the highest standard and an instinctive finisher around goal, his 0.77 goal-per-game ratio in the Champions League – 56 goals in 73 appearances – second only to Lionel Messi amongst the leading scorers of the modern era.

The forward also had spells at PSV, Real Madrid and Hamburg and remains one of the greatest forwards never to have won the trophy.

Few players have ever risen to the occasion quite like Didier Drogba, with the forward compiling a quite extraordinary goalscoring record in cup finals during his time at Chelsea.

Drogba was amongst the key figures in Chelsea’s emergence as a force on the European stage, with the Ivorian a powerhouse performer and often a one-man army in leading the line for the west Londoners.

Drogba’s raw pace and power was mixed with a superb technique and match-winning mentality, the forward revelling in testing himself against the best the continent had to offer.

No African footballer has ever scored more than Drogba’s 44 goals in the Champions League, from an iconic winner against Barcelona to his most important – a dramatic late final equaliser as Chelsea beat Bayern Munich on penalties in 2012.

Having been sent off in the final four seasons earlier, it was a defining moment for Drogba who once again delivered in a time of need for his side.

Karim Benzema has established himself as one of the best out-and-out forwards of the modern era, enjoying a career of huge success in the colours of Real Madrid.

Benzema shot to prominence at Lyon before earning a big-money move to the Bernabeu, where he formed part of a side that would sustain a period of dominance in the Champions League.

Real became the first side to win ten titles after beating Atletico to secure ‘La Decima’, before winning three of the next four Champions League trophies to become the first team in the modern era to defend their crown.

Karim Benzema is a special player in the Champions League

Benzema scored in the 2018 final win over Liverpool as the Spanish giants made it three consecutive Champions League trophies, a glittering period in the history of the record winners.

The France international is one of just two players – alongside Lionel Messi – to have scored in 16 successive Champions League seasons, whilst only three players can better his haul of 71 goals in the competition.

The Poland international is now the third-highest scorer in the competition’s history after scoring 75 goals in just 97 appearances across spells with German giants Borussia Dortmund and Bayern Munich – boasting a goal-per-game ratio equal to leading scorer Cristiano Ronaldo.

Lewandowski burst onto the scene during his time at Dortmund and helped inspire the Bundesliga side to the 2013 final, memorably becoming the first player in history to score four goals in a semi-final as Real Madrid were thrashed 4-1 in the last four.

Jurgen Klopp’s side fell short after final defeat to Bayern Munich at Wembley, the side that Lewandowski would sign for on a free transfer the following summer.

Robert Lewandowski in the Champions League =

His time with Bayern has seen the forward evolve into one of the greatest goalscorers of his generation, with Lewandowski now ranking behind only Gerd Muller amongst both Bayern and the Bundesliga’s all-time leading scorers.

He has scored an astonishing 58 goals in just 69 Champions League appearances for the Bavarians, including finishing as the tournament’s leading scorer as Bayern were crowned European champions during the 2019/20 season.

The post Five of the greatest out-and-out strikers in Champions League history first appeared on The Football Faithful.