Leeds United defender Pascal Struijk will serve a three-match ban after his club failed with an appeal against his red card.

The 22-year-old received a straight red card on Sunday for his tackle on Liverpool’s Elliott. While not directly a result of the challenge, the midfielder suffered an ankle dislocation. As such, he has had surgery.

The Reds expect him to play again this season, but have not put a timescale on his recovery.

As for Leeds, meanwhile, they appealed against the red card.

But the Whites have failed. Struijk will therefore miss Leeds’ game at Newcastle on Friday as the first part of his ban.

However, he will also miss the Carabao Cup tie at Fulham four days later and the home clash with West Ham the following Saturday.

Meanwhile, The Athletic has reported that referee Craig Pawson told the FA that it was his decision to hand out the red card.

That is despite the official not initially whistling for a foul when the challenge came in.

The play had resumed, but Mohamed Salah forced a stoppage in play by calling Liverpool’s medics onto the Elland Road pitch.

The Athletic adds that VAR checked the incident without finding a clear or obvious error.

Upon hearing the fate of the Leeds star, Elliott sent Struijk a message on social media.

“Sorry about this Pascal,” he wrote on Instagram. “I think it’s wrong! But It’ll soon blow over brother and you’ll be back in no time smashing it again. Keep positive.”

Leeds boss Marcelo Bielsa now faces a selection dilemma ahead of the clash with Newcastle.

Diego Llorente also came off against Liverpool with a suspected hamstring injury. He joins Robin Koch on the sidelines, leaving Bielsa with Liam Cooper as his only recognised centre-back. 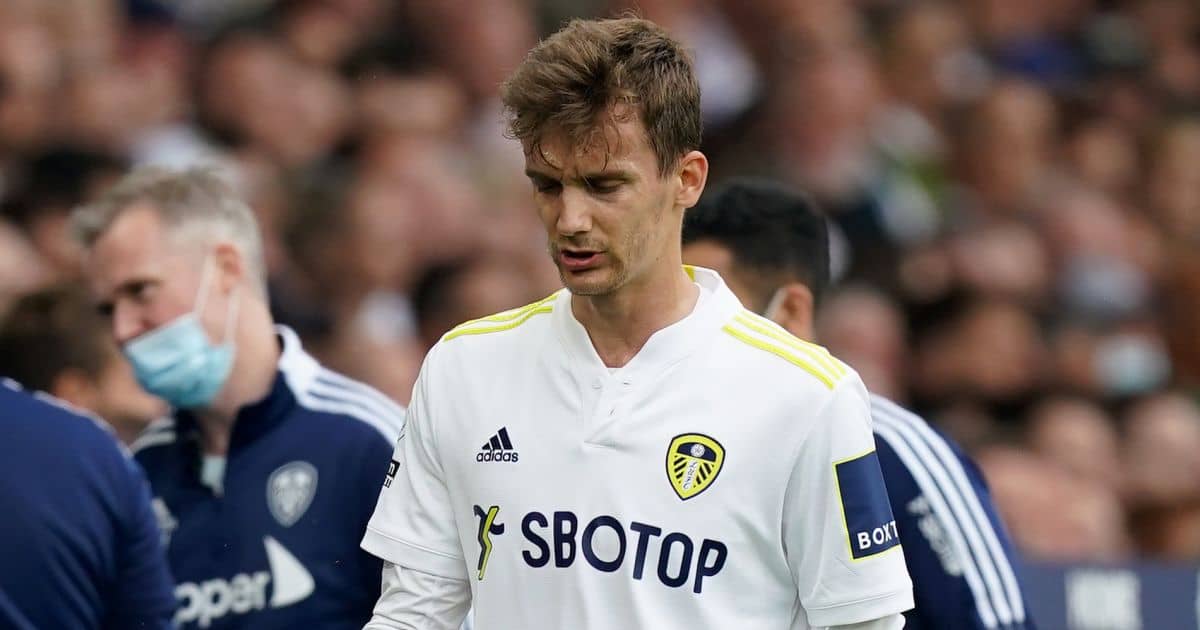 In better news for Leeds, Spaniard Llorente has confirmed that he does not have a serious issue.

“Yesterday was a tough day due to the defeat at home and the injury,” he said.

“But there is no time to regret. It’s time to work harder than ever.

“Fortunately, I have nothing serious and I will be back soon. Thanks for all your support.”