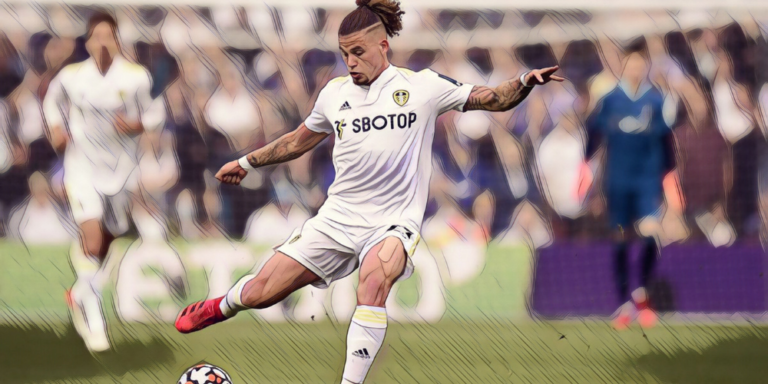 Leeds are prepared to hand Kalvin Phillips a new contract that will make him the club’s highest-paid player in a bid to ward off interest from the Premier League’s ‘big six’.

Phillips has been an integral part of Leeds’ impressive return to the Premier League and has established himself as an England international across the past year, forming part of the Three Lions’ side that reached the final of Euro 2020.

Manchester City have been linked with the 25-year-old as the Premier League champions seek a long-term replacement for Fernandinho, whilst each of Manchester United, Liverpool, Chelsea, Arsenal and Tottenham are said to be monitoring his situation.

TeamTalk are reporting that Leeds are ready to offer the academy graduate an improved deal, one that will move him past the likes of Rodrigo, Raphinha and Patrick Bamford as the club’s highest-paid player.

Phillips signed a new five-year deal in September 2019, but that contract was agreed before his ascent to becoming a central figure in Gareth Southgate’s plans with England and the club are keen to reflect his rise.

Phillips is not understood to have requested new terms, but both club and player are aware of interest from domestic rivals.

The post Leeds look to hand Phillips a new deal amid ‘big six’ interest first appeared on The Football Faithful.