Wilshere will be seventh ex-Arsenal star to return to club in Prem era if he seals transfer – but how did others fare?

Wilshere will be seventh ex-Arsenal star to return to club in Prem era if he seals transfer – but how did others fare?

ARSENAL icon Jack Wilshere could become the seventh player to rejoin the club in the Premier League era.

The 29-year-old has declared he will hold talks with the Gunners about returning to training after the midfielder was invited back by Mikel Arteta.

Wilshere, currently a free agent after being released by Bournemouth, departed North London in 2018 to join boyhood side West Ham.

Despite the England international to link up with Arteta’s side, former Arsenal midfielder David Hillier has ruled out the player being offered a contract.

But should he seal a transfer back to the Emirates, he will become just the seventh player to return to the club since the creation of the Premier League in 1992.

Here SunSport takes at how the six men fared after returning.

The 55-year-old came through the ranks at Arsenal, but after just 27 first-team appearances, he was sold to Aston Villa in 1986.

He later joined Everton, with his form earning him his first England cap in 1992, before he returned to the Gunners a year later for £2million.

His second spell saw him feature 422 times for Arsenal, where he was part of the squad that won three Premier League titles, three FA Cups and the European Cup Winners’ Cup.

After ten top-flight outings in the Invincibles campaign, he signed for Leicester and then Reading before retiring in 2005.

The goalkeeper made 277 appearances for Arsenal during his first stint between 1983-1990.

But he was sold back to Leeds following the arrival of David Seaman, who had been his understudy at Elland Road.

Lukic then returned in 1996 to provide cover for Seaman, with the shot-stopper featuring in 15 Premier League games during his first year back.

But he had to wait until the 2000-01 season to make his next Arsenal appearance, with Lukic hanging up his gloves at the end of the campaign.

Former Tottenham skipper arrived at Arsenal on a free transfer in 2001, where he won the league and cup double in his first season.

He would go on to win a further Premier League title and two more FA Cups, while also scoring in the 2006 Champions League final defeat to Barcelona in what was to be his last game before joining Portsmouth.

After quitting Notts County after one game in 2009, he returned to Arsenal during the 2010 winter transfer window.

He made 14 appearances during his short-term stay, where he memorably scored away at Porto in a European Cup knockout tie.

Sol Campbell linked up with Arsenal in January 2010, almost four years after departing[/caption]

The 51-year-old racked up 199 games for the club between 2003-2008, before returning to his native Germany to join Stuttgart.

He subsequently retired in 2010, but was lured out by Arsene Wenger in March 2011 to help out Arsenal’s goalkeeping injury crisis.

His 200th and final game for Arsenal came in a 3-1 win against Blackpool at Bloomfield Road a month later after Manuel Almunia was injured in the warm-up.

In doing so, he became the club’s oldest player to feature for them in the Premier League.

German goalkeeper Jens Lehmann came out of retirement in 2011[/caption]

Henry became Arsenal’s top goalscorer during his stint in North London between 1999-2007.

He left to join Barcelona, before linking up with MLS outfit New York Red Bulls in 2010.

During the American team’s off-season, the French striker secured a short-term loan deal in 2012.

And he made an immediate impact as he scored the winning goal in the FA Cup third round tie against Leeds after coming off the bench.

His final game for his beloved club saw him tuck home the winner away at Sunderland to bring up 228 goals. 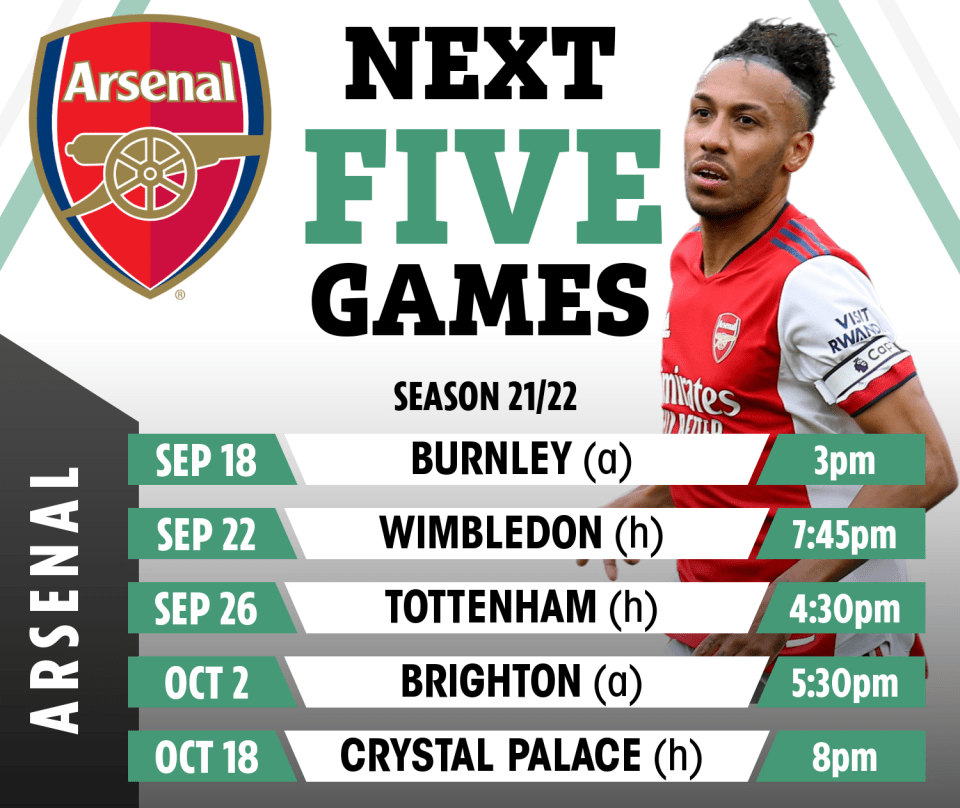 The 37-year-old midfielder spent four years at Arsenal before running his contract down to join AC Milan in 2008.

Following his release by the Italian club in 2013, he began training at Arsenal to maintain his fitness levels, before he was offered a contract.

He won the FA Cup in his first two years back, before departing in 2016 having fallen down the pecking order.

His second spell saw him score five times in 93 games, including a brilliant double in a 2015 League Cup tie at White Hart Lane.