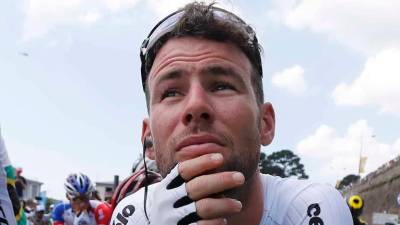 LONDON: Britain’s Mark Cavendish has said he is in no rush to end his cycling career, just days after suggesting that last Sunday’s Gent-Wevelgem might have been his final race.

The 35-year-old Bahrain-Mclaren sprinter had told Sporza in a post-race interview on Sunday: “That’s perhaps the last race of my career now”.

However, he said speculation that Wednesday’s Scheldeprijs race in Belgium and the Netherlands would be called off due to the COVID-19 pandemic had prompted him to make the comments.

Cavendish, who won the Scheldeprijs on debut in 2007 and followed up with victories in 2008 and 2011, finished 143rd in Wednesday’s race.

“I don’t want to stop. I love this sport,” Cavendish said, again to Belgian broadcaster Sporza.

“There were rumours at the start of the race that the rest of the races would be cancelled.

“The government in Belgium had a meeting on Monday about restrictions over coronavirus. It suddenly dawned on me that I don’t have next year sorted yet and that it could be the last race of the season and potentially my career.

“I wear my heart on my sleeve and especially with racing in Belgium – here in Scheldeprijs (in 2007) was my first win as a professional… It’s pure racing like when I was a kid again. I don’t have a desire to stop.”

Cavendish, whose contract with Bahrain-Mclaren expires at the end of this year, is in talks over a one-year extension. – Reuters