Invincibles: The six European managers to steer their side to an undefeated season since 2000

Invincibles: The six European managers to steer their side to an undefeated season since 2000 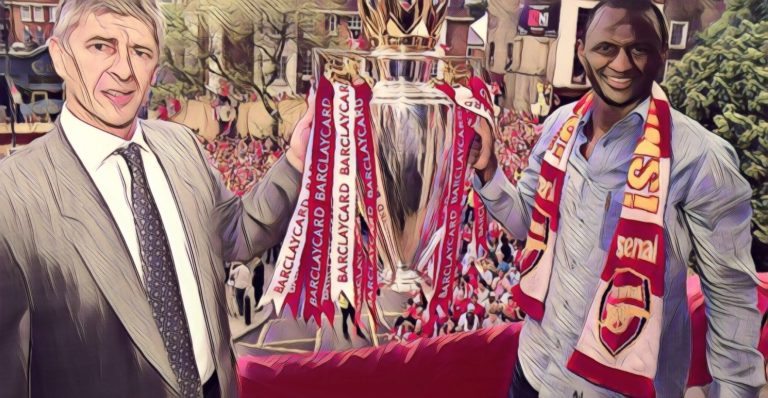 Liverpool legend Steven Gerrard has made his return to the Premier League to take charge of Aston Villa, just a matter of months after having led Glasgow giants Rangers to a remarkable unbeaten league campaign.

That stunning season secured the club’s 55th league title and ended the nine-year dominance of rivals Celtic, while also ensuring that Gerrard himself became just the sixth manager to go undefeated in a league season since 2000.

Here’s a look at who else makes up that elite list of manager’s to have avoided defeat in an entire league campaign across UEFA’s ‘Top 10’ league’s since the turn of the millennium.

Still the only manager to have led a team to an unbeaten season in the Premier League era, Arsene Wenger wrote his name into Arsenal folklore after transforming the team’s fortunes following his arrival in 1996.

A relative unknown prior to his move to Highbury, the Frenchman’s forward-thinking and modern approach quickly delivered success, as his blend of British talent and foreign flair helped to unsettle the dominance of Alex Ferguson’s Manchester United.

That culminated in an FA Cup and Premier League double-winning campaign in the 1997/98 season and the Gunners repeated that feat in the 2001/02 season, with the pinnacle of Wenger’s time at the club coming two years later as the north London club secured the league title without tasting defeat.

The now-famed ‘Invincibles’ won 26 and drew 12 of their 38 games that season to finish 11 points clear of Chelsea at the summit, with many often pointing to the clash with United at Old Trafford in late September as that season’s ‘sliding doors’ moment, as the usually clinical Ruud Van Nistelrooy missed a penalty in stoppage time to squander the chance of victory.

It was against the Red Devils, ironically, that Arsenal’s 49-game unbeaten run was eventually ended the following season, with Van Nistelrooy this time making no mistake from the penalty spot to help steer Ferguson’s men to a 2-0 win.

That triumph in 2003/04 remains the club’s most recent title success, with Wenger having failed to replicate the fearsome side that romped to victory that season, albeit with it a no doubt difficult ask to replace the likes of Patrick Vieira, Thierry Henry, Sol Campbell and Robert Pires et al.

A former assistant to Jose Mourinho at the likes of Porto, Chelsea and Inter Milan, Andre Villas-Boas followed in his compatriot’s footsteps by making his name in his native Portugal, returning to Porto in 2010 as manager after just a solitary season in charge of Academica.

Despite his inexperience at the top level, the youthful coach went on to enjoy a stellar first season at the club, winning the treble and going the season unbeaten, only the second time that had been done in the history of the Primeira Liga.

The Portuguese side added to that title with a domestic cup triumph and victory in the Europa League after beating Braga in the final, with Villas-Boas becoming the youngest manager to ever win a European competition, at the age of just 33 years and 213 days.

He had no doubt been aided by an immensely talented side featuring the likes of a young James Rodriguez, as well as current Wolves star Joao Moutinho, Brazilian powerhouse Hulk and talisman Radamel Falcao, the Colombian netting 38 goals in competitions.

The forward would move on at the end of that season, as would his manager, with Villas-Boas making the move to Chelsea after just a solitary, albeit hugely successful, campaign in charge. The 44-year-old is currently out of work after spending time at Tottenham, Zenit St Petersburg, Shanghai SIPG and most recently Marseille.

Antonio Conte’s widely considered one of the finest manager’s in Europe at present, yet that was not the case a decade ago, with the Italian something of a bold appointment at Juventus in the summer of 2011 after having largely spent his early managerial career in Serie B.

After a dismal few seasons following the club’s relegation to the second tier amid the infamous Calciopoli match-fixing scandal, the Turin-based side turned to their former midfielder in the hope he could restore them to their former glory.

Few could have anticipated the impact that he would eventually have, however, as Conte lead the club to a first league title since he won it as a player in 2003 – with their successes in 2005 and 2006 having been stripped – finishing four points clear of AC Milan after 23 wins and 15 draws from their 38 league games.

While far from prolific scorers – no players in the side scored more than ten in all competitions – the ‘Old Lady”s success was largely built on the strength of their backline, with the fearsome trio of Leonardo Bonucci, Giorgio Chiellini and Andrea Barzagli proving almost impenetrable in front of the ever-impressive Gianluigi Buffon

In midfield, the free transfer arrival of Andrea Pirlo from rivals Milan proved to be a masterstroke as he slotted in superbly alongside Arturo Vidal and Claudi Marchisio, with Conte’s men winning ten of their last 11 games to surge to the title, after a run of six draws in seven prior to that had looked to derail them.

That stunning season sparked an unrivalled spell of Italian dominance for Juventus, as they went on to win nine successive league titles, including two more under Conte before he left to take charge of Italy in 2014, adding to the five Scudetto’s he won as a player at the club.

Just two years on from their unbeaten triumph under Villas-Boas, Porto repeated the feat again with Vitor Pereira at the helm, the Portuguese taking charge in 2011 after previously being the assistant coach during the remarkable 2010/11 campaign.

After guiding the club to the league title in his first season in charge, he went one better with an undefeated campaign of his own the year, albeit with the title success coming in far more nail-biting circumstances than the dominance of two years earlier.

Heading into the penultimate game of the season, Porto were in second place and two points behind fellow-unbeaten side Benfica, with the outcome of the game essentially set to decide the destination of the title.

The reigning champions had fallen behind early on to a Rodrigo Lima strike, yet drew themselves level through Silvestre Varela, before taking the advantage in the title race with a dramatic stoppage-time winner from Kelvin.

Victory on the final day ensured a third successive title triumph for the club, as they finished the campaign just a point clear at the summit, after 24 wins and six draws, with Jackson Martinez finishing as the league’s top scorer with 26 goals.

Pereira bowed out at the end of the season and made the move to Saudi Arabian side Al-Ahli, while he has since spent time in Greece, Germany, China and Turkey – where he is currently manager of Fenerbache.

Another on this list to have gone unbeaten in his debut season at a club, Brendan Rodgers enjoyed unparalleled success following his move to Celtic in 2016, the former Liverpool man ending the campaign undefeated in all domestic competitions.

The Northern Irishman clinched the first of three trophies that season with victory in the Scottish League Cup final over Aberdeen in the November, before beating the same opposition again at the end of May to clinch the Scottish Cup.

In the league, the Hoops won 34 and drew just four to finish 30 points clear the top of the table after recording a record tally of 106 points, becoming the first team since 1899 to go unbeaten in a top-flight season in Scotland.

As for the bitter Old Firm rivalry, Celtic came out on top in three of their four league meetings, drawing the fourth, with the pinnacle of the season arguably their 5-1 thrashing of their Glasgow rivals at Ibrox, having already beaten Rangers by the same scoreline at home earlier on in the season.

Such was their dominance, Rodgers’ men wrapped the title up with eight games to spare, with their only three defeats coming in the Champions League group stage, including two losses to Barcelona.

The current Leicester City boss would secure another treble the following season, before departing in February 2019 with his side on course for a triple treble, after winning seven successive domestic competitions during his stint north of the border.

Rangers did, however, exact revenge a few years later by completing an unbeaten league campaign of their own, with Steven Gerrard toppling the nine-year Celtic dominance to clinch his first league title as a manager, having taken the job at Ibrox in 2018.

The former England international had made his new club a much more competitive outfit in his first two seasons at the helm, yet hadn’t managed to truly unsettle their city rivals, before completely blowing them out of the water during the 2020/21 campaign.

Gerrard’s men won 32 games and drew six en route to winning the title by a 25-point margin, finishing the season on 102 points and setting a new British record after conceding just 13 league goals.

That defensive solidity saw them register a league record of 26 clean sheets, while they also won all 19 of their home games, notably beating Celtic 4-1 at home at the back end of the season to rub further salt into the wounds.

In Europe, Rangers also topped their Europa League group and reached the last-16 of the competition before defeat to Slavia Prague, with the Englishman having overseen a real transformation at the club both on the continent and domestically.

Despite another strong start to the league season this time around, Gerrard has opted to replace Dean Smith at Aston Villa with immediate effect, the move potentially souring his relationship with his former employers – much like his former boss Rodgers’ mid-season departure from Celtic.

The post Invincibles: The six European managers to steer their side to an undefeated season since 2000 first appeared on The Football Faithful.