Italy will need to go through the World Cup qualifying play-offs after being held to a goalless draw by superb Northern Ireland at Windsor Park.

The Green and White Army frustrated the European champions for 90 minutes in the best performance of the Ian Baraclough era. And they could even have taken all three points as Conor Washington spurned a last-minute chance to snatch a famous victory. Switzerland beat Bulgaria 4-0 to top Group C, meaning the Azzurri finished second.

The Leicester defender was a rock at the heart of defence, proving what a big miss he was when injured earlier in qualifying. Stuart Dallas was fit to start, having missed training on Sunday.

However, injured Paddy McNair was replaced in defence by Tom Flanagan. Baraclough had emphasised the need to start players getting regular club football in the previous match with Lithuania.

But he selected Jamal Lewis ahead of Shane Ferguson despite his lack of football with Newcastle United. Gavin Whyte also got the nod and both stars did not disappoint their manager.

Italy rarely threatened and Bailey Peacock-Farrell saved the visitors’ best effort through Giovanni Di Lorenzo. Northern Ireland defended superbly and kept their discipline in midfield. And for 20 minutes, Italy could not get another sight of goal.

Lorenzo Insigne shot straight at Peacock-Farrell just before the half hour before Federico Chiesa’s weak effort failed to worry the keeper. Insigne also flashed a shot just wide three minutes into the second half.

The hosts responded with their best moment of the match to that point, as George Saville’s shot forced a diving save from Gianluigi Donnarumma.

With news coming through from Lucerne that Switzerland were leading, Italy ramped up the pressure. But they could not find a way through. At the other end Washington, on as a substitute, broke the offside trap and ran at goal, but his low shot was deflected behind.

And Baraclough’s charges could have won it in the final minute of normal time. Donnarumma raced off his line to clear but Washington nicked in to win the ball. 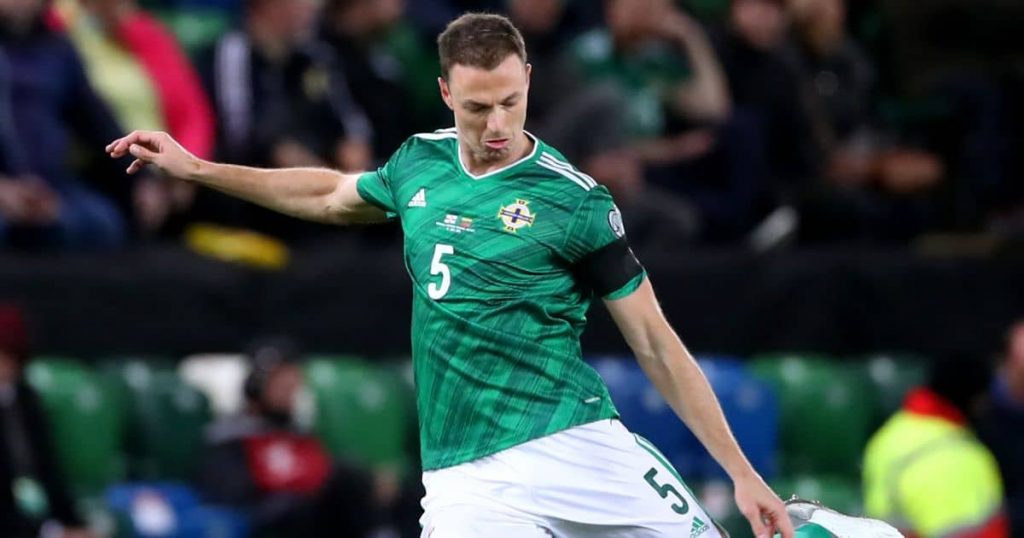 However, he scuffed his shot and Leonardo Bonucci was able to block it on the line. The fans roared their approval at the final whistle.

Northern Ireland may not have won the match but they mixed it with a juggernaut of a side. For Italy, they will now have to banish the memories of missing out on the 2018 World Cup in the play-offs.