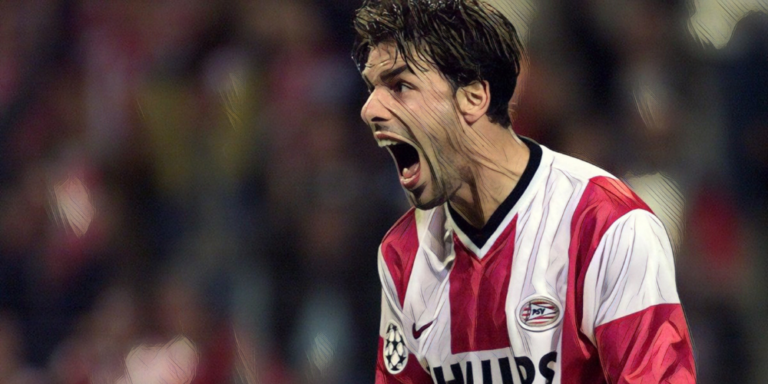 Ruud van Nistelrooy was one of the most devastating finishers the Premier League has seen, enjoying a prolific period during a memorable time at Manchester United.

Van Nistelrooy signed for the Red Devils in a £19m deal in 2001, with Sir Alex Ferguson having identified the Dutch forward as his star signing following a goal-laden period at PSV Eindhoven.

The forward spent three seasons with PSV and scored 77 goals from just 90 appearances, finishing as the Eredivisie’s leading scorer in successive seasons and twice being crowned Dutch Footballer of the Year.

Having had to recover from a serious knee injury that delayed his initial move to Manchester, Van Nistelrooy became a huge hit across five seasons at Old Trafford.

We look back at some of Van Nistelrooy’s finest moments in a PSV shirt, a glut of goals that saw him become Manchester United’s leading transfer target.