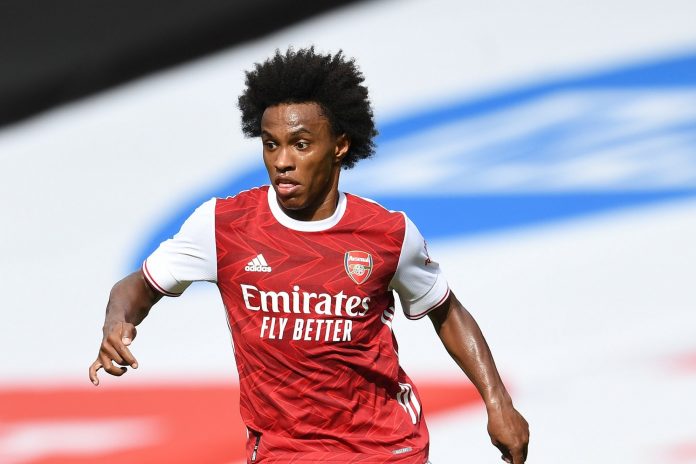 Willian has an uncertain future at Arsenal this summer as he’s underperformed in the last 12 months and is eating up a large chunk of the wage bill. The 32-year-old is surplus to requirements under Mikel Arteta, but it’s not so easy to find a suitor as he earns more money than most players in Europe.

Willian joined Arsenal in a three-year deal from Chelsea last summer and went on to make 37 appearances in all competitions, scoring just one goal with seven assists. The 5ft 7in Brazilian international ended up losing his place to Nicolas Pepe and Gabriel Martinelli, so the writing has been on the wall for some time.

The biggest problem Arsenal face is Willian’s £192k-per-week/£10m-a-year wages. He earns an astonishing amount of money for a 32-year-old flop, so it’s hard to see many clubs queuing up to pay that salary. If Willian is willing to accept a pay cut he might be easier to shift, but time will tell.

New MLS franchise Inter Miami are interested in the Brazilian along with some European clubs, but Arsenal are still waiting to receive a bid. And if Arteta was willing to hand Willian a chance in pre-season to prove his worth, returning to the training camp overweight will have ended that.

The 32-year-old played in a friendly with Hibernian and looked to be carrying a few extra pounds, suggesting he’s not taken care of himself over the summer, so his attitude and professionalism are now being called into question. Arsenal must get rid of Willian as they’re better off without him.

Stats from Transfermarkt and SportRac.