The Colombia international winger has been in inspired form for the Portuguese giants so far this season, scoring 11 goals and adding two assists in 16 games in all competitions. His performances have led to several big clubs being linked with moves.

Spanish outlet AS claims that City will go head-to-head with Jurgen Klopp’s men to land the 24-year-old.

The Reds are said to be looking at Diaz as a useful squad addition, given that Mo Salah and Sadio Mane will be away on AFCON duty in January.

Klopp wants at least one new attacking player brought in to cover the loss of his star duo. Diaz firs the bill perfectly, although his signing will potentially come at a huge cost.

The player’s current contract runs out in 2024 and there are reports that Porto will demand €80m (£68m) for his signature.

It appears unlikely that Liverpool would splash out that sort of a fee for a player who would be second choice once Salah and Mane return.

To that end, a potential transfer to City has opened up. The link makes sense, given that Raheem Sterling and Riyad Mahrez are tipped to move on.

Diaz is viewed as an ideal fit for Pep Guardiola’s style of play. However, it remains to be seen if he has a preference over where he would prefer to go.

Both Everton and Newcastle will be able to guarantee the player regular first-team football. Meanwhile, both Chelsea and Tottenham have also been linked in the past.

However, AS claims a straight fight between Liverpool and City is more likely. But it while take Porto playing ball on the transfer fee to get a deal over the line.

Rafa chances at being next Prem boss sacked soar, as Solskjaer continues to cling on

Meanwhile, Raheem Sterling’s prospects of securing a move to Barcelona in the January window have suffered a potential major blow.

The signing of Jack Grealish has seen the 26-year-old being marginalised by Pep Guardiola this season. From being an automatic pick, Sterling has started only three Premier League games this term, with nine outings in total. The winger has been given the nod to start just once in the Champions League. Three more appearances have come off the bench.

It is all a far cry from his previous six seasons with the Citizens. He was a regular starter and has scored 79 top-flight goals for the Etihad giants. As such, a report last week suggested City had placed a lowball figure on his head were he to secure a move. 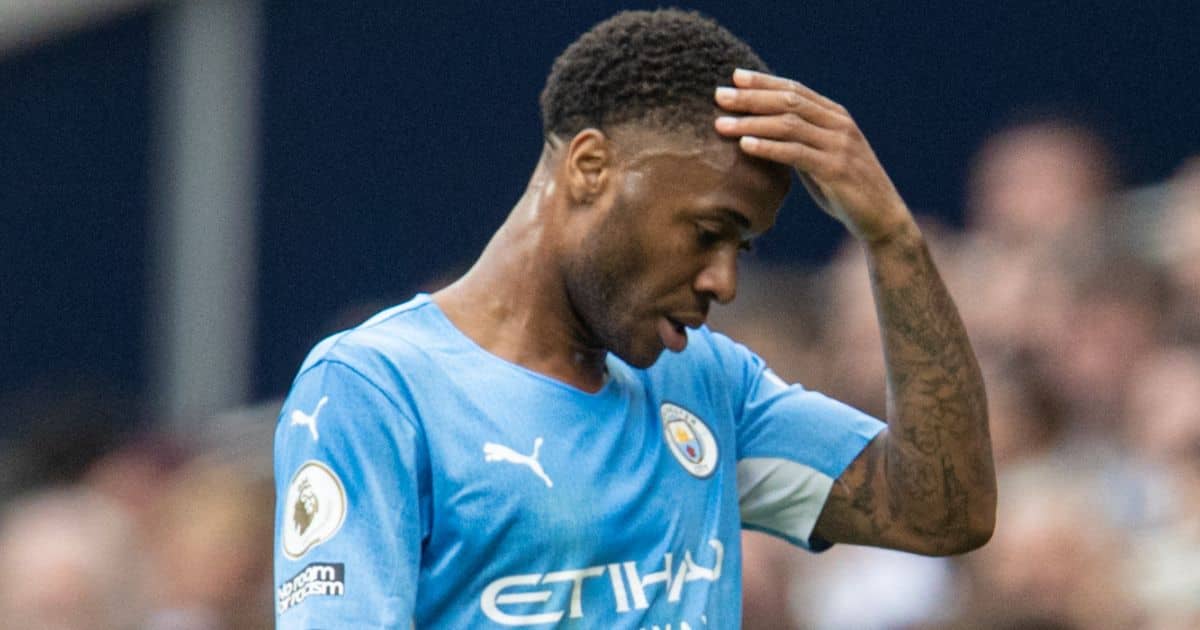 That has, understandably, caught the attention of a series of suitors. Arsenal have long been rumoured to be keen, but it seems it is Barcelona who are leading the charge.

Indeed, reports this weekend claimed Sterling had made a move to Catalonia his No 1 aim. As such, the Daily Mail reported that Sterling was ready to push Guardiola to let him leave were his game-time not increase over the coming weeks.

However, a big admission from Monday’s Sport claims Barcelona’s hopes of landing Sterling appear over before they have begun.

They state Barcelona have been tracking Sterling for months and were in talks with City over a deal in the summer. It’s stated that Guardiola had given Sterling permission to make the move, but only if a deal for Harry Kane was secured first.

But with City failing to strike a deal with Tottenham for the England captain, Barca’s Sterling hopes were also ended.

They remain very on his trail, however, with new manager Xavi a confirmed fan.

However, with finances still extremely tight at the Nou Camp, Sport claims they have only one way of financing a deal. To that end, they state they can only offer Sterling a six-month loan move to Catalonia.

And due to their perilous financial situation, they would be unable to commit to the ‘obligation to buy’ deal City are seeking.