Guardiola reveals the ‘most important thing’ about formidable Man City

Guardiola reveals the ‘most important thing’ about formidable Man City

Pep Guardiola praised the defensive performance of his Manchester City team again after they beat Everton to extend their lead at the top of the Premier League.

Phil Foden, Riyad Mahrez and Bernardo Silva got the goals as City ran out 3-1 winners at Goodison Park. It means they are now 10 points clear at the summit.

But for the first time since the 3rd January, they conceded from open play. Richarlison cancelled out Foden’s opener in the first half for what was just the 15th goal they have let in during a campaign which has seen them significantly improve at the back.

Other than that, they were barely troubled by Carlo Ancelotti’s men and comfortably went on to claim the three points.

Although they failed to keep a clean sheet on this occasion, Guardiola says that a consistent rearguard has been key to their stunning run of form.

“Football is not defensive or offensive,” he told Amazon Prime. “Of course [defence is a foundation], you can not win titles without being solid.

Despite that claim, Guardiola was also keen to stress that his team is a force as an attacking unit too. 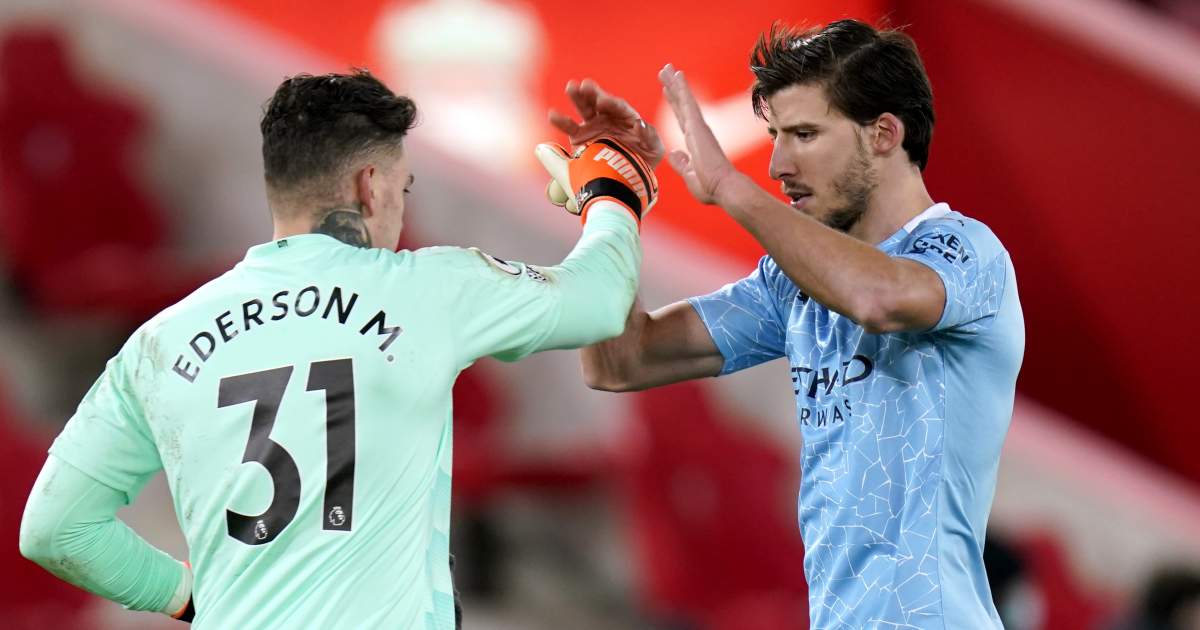 Many have suggested City aren’t as attack-minded in the current campaign in comparison to years gone by.

But as well as having the tightest defence, City are the second top scorers in the Premier League with 49 so far. That’s just one behind the leaders in that area- Manchester United.

And after netting another three against Everton, Guardiola added: “We cannot forget this team has scored three goals at Old Trafford. Scored five against Tottenham.

“So it’s a team that has ability up front and creates chances for the talent we have. And again, we concede few. And this is the best.”

READ MORE: Manchester City are battling with neighbours Manchester United for a Serie A defender.

The post Guardiola reveals the ‘most important thing’ about formidable Man City appeared first on teamtalk.com.