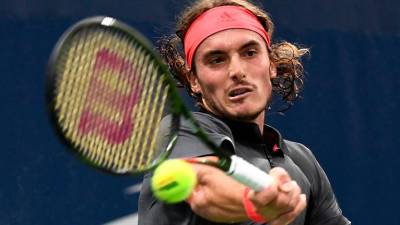 MELBOURNE: Stefanos Tsitsipas (pix) will hope to gain revenge on Rafa Nadal and end the Spaniard’s bid for a record 21st Grand Slam title when they meet in the Australian Open quarterfinal on Wednesday, a rematch of their last-four encounter in Melbourne two years ago.

The Greek made his Grand Slam breakthrough at Melbourne Park in 2019, defeating Roger Federer in the fourth round before his remarkable run was halted in ruthless fashion by Nadal, who conceded just six games.

Tsitsipas has since established himself as a mainstay in the top 10, winning the ATP Finals in 2019, but the 22-year-old will have his task cut out against Nadal, who has won six of their seven meetings.

Nadal, 34, was all doom and gloom about his fitness on the eve of the year’s first major but the lower back strain that forced him to miss the ATP Cup seems to be improving and he heads into the last-eight clash without the loss of a set.

“I was able to win four matches already, so now I’m going to have a very tough opponent and need to play my best,” Nadal said after his fourth-round demolition of Fabio Fognini.

“I’m excited. If we compare how I was five days ago and now, it’s different, my perspective and excitement is different too.” – Reuters