Manchester United full-back Alex Telles insists that he feels he has the backing of the club’s fans, amid transfer links with a move to Roma.

The left-back moved to Old Trafford from Porto last October to fight for a place in the team. He also moved to provide back-up to Luke Shaw and he has done just that, the 26-year-old starring at Euro 2020 after a standout season. As a result of Shaw’s resurgence, though, Telles has struggled to make an impact.

The Portuguese only played nine Premier League games, starting eight of those. Meanwhile, his greatest effect came in the Europa League, as United lost in the final.

As a result, transfer speculation has emerged linking Telles with a move to work with his fellow Portuguese Mourinho at Roma.

The Serie A side’s new boss has reportedly earmarked the left-sided player as a key transfer target, but United have supposedly shot down the transfer rumour.

Speaking to United’s official website, Telles insisted that he feels he still has a role to play next season.

“I’m really happy to be back here,” he said. “It’s a pleasure to be at Manchester United coming into my second season.

“Last season, we came really close to winning trophies, so we go into this next season with a lot of desire and I really want to show my work and my value here at the club.”

United face Derby in their first pre-season fixture on Sunday and Telles wants to make an impact.

“I’m really looking forward to the game, I’m going into the game with a lot of desire,” he said.

“I think it’s a really great opportunity for us players who have been here for the last two weeks.” 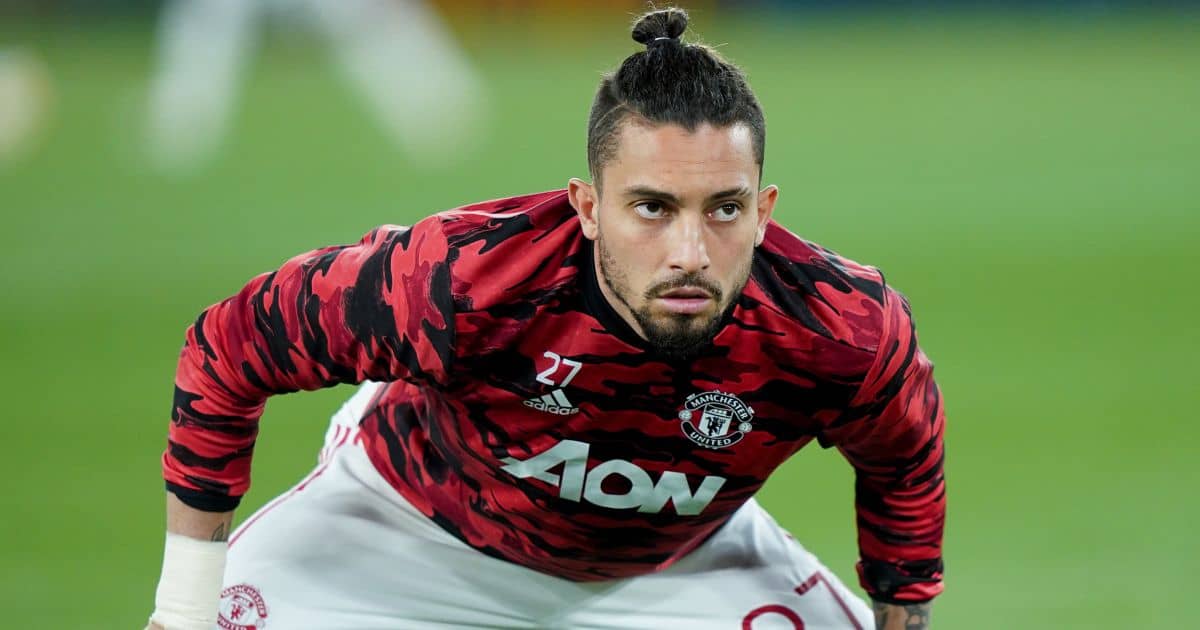 “It’s going to be a tough test but we’re really well prepared for it,” he added.

“We’ve been working really hard in training today, and this last week, and I believe it’s an opportunity to show my value, my quality and my potential here at Manchester United.

“I know Manchester United Football Club and the fans really believe in me.”

Telles looks set to continue as back-up next season after Shaw’s stellar 2020/21 campaign.

However, United have already added to their squad elsewhere, Jadon Sancho signing from Borussia Dortmund.

Reports claim that Raphael Varane and Kieran Trippier are also close to joining up.