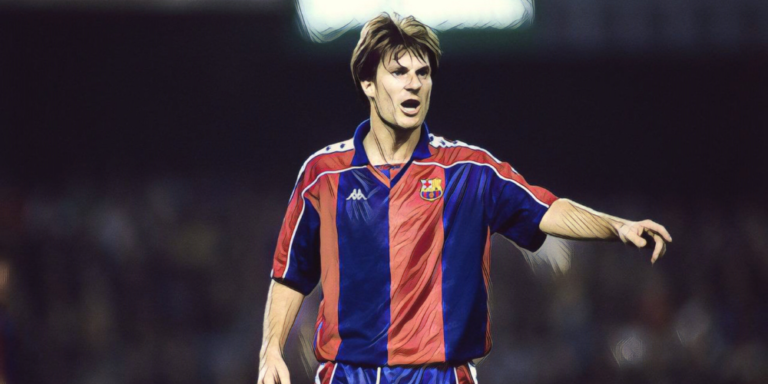 Michael Laudrup delighted crowds during a glittering career in the colours of Barcelona, the elegant midfielder amongst Europe’s greatest footballers throughout the early nineties.

Denmark’s finest footballing export enjoyed spells with Lazio and Juventus before making the move to Spain, where his creative quality shone through as part of Johan Cruyff’s fabled Barcelona ‘Dream Team’.

Laudrup was a complete footballer who made the Spanish side tick during a previously unprecedented period of success, winning four consecutive league titles and the club’s maiden European Cup in 1992.

Laudrup’s later falling out with Cruyff saw him move to arch-rivals Real Madrid in a controversial deal, helping the capital club wrestle back Spanish supremacy from Catalonia during his debut campaign at the Bernabeu.

Perhaps no player is as equally admired across both sides of the El Clasico divide as Laudrup, whose brilliance at Barcelona made him one of the stand-out footballers of a generation.

The post Michael Laudrup’s best assists in a Barcelona shirt first appeared on The Football Faithful.