Already assured of top spot in Group A and their pool matches being played at Wembley, the Three Lions knew they risked dropping out of the group of seeded sides for next summer’s European Championship unless they overcame tricky opposition in Pristina.

England wobbled at times at the rocking Stadiumi Fadil Vokrri, but Winks and Mount’s first international goals bookended a victory which also saw Kane and Rashford on target, on a night when the reception was more memorable than the match itself.

The United Kingdom was part of the international coalition which forced the Serbian forces to withdraw following clashes with ethnic Albanians in the territory in the late 1990s, with England’s first match in Kosovo allowing the locals to show their gratitude.

Visiting fans and players have been shown unprecedented warmth in Pristina, where specially made ‘Welcome and Respect’ T-shirts and banners were complemented by hundreds of St George’s crosses around the city.

There were thousands more English flags on display in the ground before kick-off as the Kosovan fans displayed cards during ‘God Save the Queen’ – a remarkable build-up that was followed by a comparatively underwhelming encounter.

Southgate has plenty to think about over the winter months after what was a disjointed display for large periods, with Kosovo threatening a shaky defence and the midfield dynamic still not looking quite right in their final competitive match ahead of Euro 2020.

Winks’ first-half effort calmed some nerves, with Kane, Rashford and Mount adding second-half gloss to a win that sees them among the top six sides for the draw at the end of this month.

Southgate made five changes from Thursday’s 7-0 hammering of Montenegro, with Raheem Sterling returning to the line-up following his skirmish with team-mate Joe Gomez.

Nick Pope came in for his first international start as part of those alterations, with the Burnley goalkeeper denying the imposing Atdhe Nuhiu as Kosovo looked to catch England cold like they did in September.

The Three Lions struggled to get to grips on things in Pristina, with wayward passes and poor decision-making hampering their first-half display. 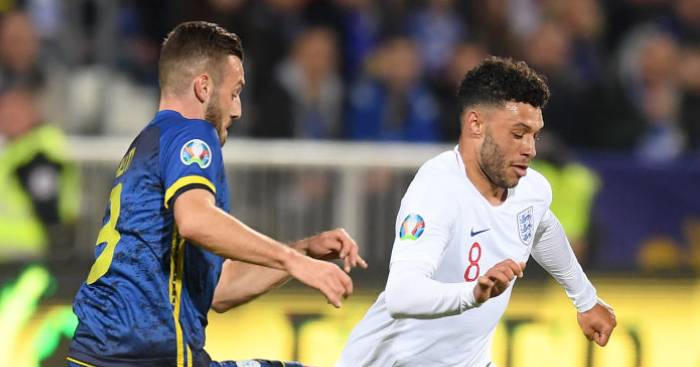 Aro Muric denied Sterling when England finally showed a hint of coherency in the 15th minute, but the hosts were looking more dangerous and fan favourite Milot Rashica had the home support on their feet when trying his luck from distance.

Kosovo were looking more likely to open the scoring, only to be caught cold.

Callum Hudson-Odoi’s lack of final product meant his fine run did not bring a goal on the half-hour mark, but lax defensive play allowed Winks to break through the middle of the park two minutes later.

Found by Alex Oxlade-Chamberlain, the Tottenham midfielder’s first touch took him around Ibrahim Dresevic and behind the Kosovan back line, before showing impressive composure to slot home.

It silenced the home crowd but was not the precursor to an immediately improved display, with Bersant Celina scooping over as the hosts looked to hit back before the break.

Kosovo started the second period on the front foot and were looking to punish England’s shaky defence, with Valon Berisha’s fizzing ball into the box almost directed home by captain Amir Rrahmani.

The skipper was soon back in the action and somehow managed to miss wildly as the Three Lions wobbled, with Hudson-Odoi firing over before Rashford replaced him.

But when Sterling fed Kane to hit the post, England smelt blood and kicked on a few gears.

Florent Hadergjonaj had an attempt and Rashica unsettled Pope as Kosovo threatened, but England would roar towards the finish line.

Kane put the game to bed in the 79th minute, firing home at the far post after Sterling’s cross looped up, and became the first England player to score in every match in a qualification campaign. 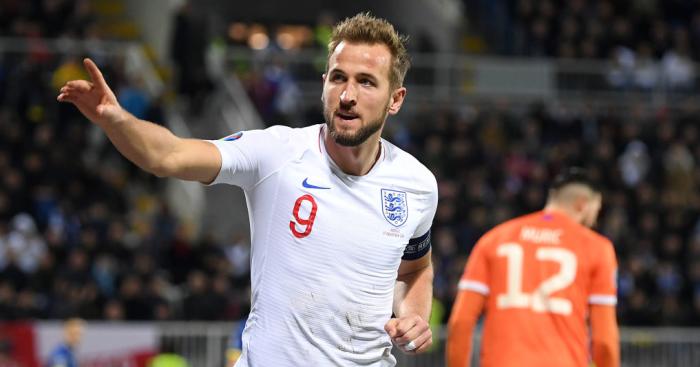 The home side wilted at this point.

Sterling fed substitute Rashford to make it 3-0 with a fine, low finish, with Mount bending home his first senior goal in stoppage time after Chelsea team-mate Fikayo Tomori came on for his debut.

You can see how all the action unfolded via our Live Centre.

Report: 23-yr-old defender could join West Ham in the next few days