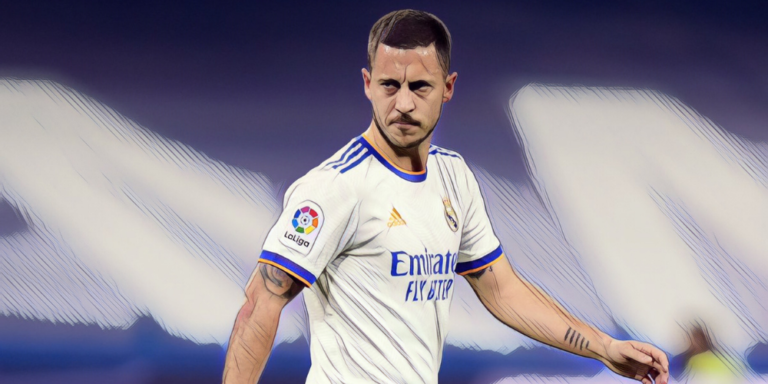 Eden Hazard is being linked with an exit from Real Madrid in the near future, the winger’s dream move to the Spanish giants having turned into a nightmare.

Hazard has struggled with form and fitness since an £89m transfer from Chelsea to the Bernabeu, persistent injury issues having seen the Belgium international fail to recapture the form that made him one of the Premier League’s finest footballers.

The 30-year-old has failed to start a fixture since the end of September and has seen Vinicius Junior establish himself as Karim Benzema’s chief support act in attack, his future appearing uncertain as we approach the January transfer window.

We’ve decided to look at how the bookmakers view his future, here are the five favourites to sign Eden Hazard.

It’s difficult to keep count of the players who have been linked with a move to Newcastle in recent weeks, with almost every attainable player of pedigree rumoured to be a transfer target for the billionaire-backed Magpies.

Newcastle’s Saudi-backed takeover is set to make the side major players in the January transfer window, as new manager Eddie Howe is provided funds with which to strengthen his squad.

Currently mired in the Premier League’s bottom three and without a win so far this season, reinforcements of a high calibre are required as Newcastle battle to beat the drop and kickstart a new era.

The arrival of Hazard at St James’ Park would certainly represent a statement of intent, even given the winger’s struggles to showcase his Chelsea magic during his time in Spain.

However, it appears unlikely the Belgium captain would swap Real Madrid for a relegation dogfight, even given the ambition and funds of Newcastle’s new ownership.

Inter Milan have been priced at 20/1 odds to sign Hazard, with the Italian champions having been tentatively linked with a move for the winger in recent months.

The strongest links to the Nerazzurri came during Antonio Conte’s reign as manager, though even following the former Chelsea manager’s departure the Serie A side are viewed as a potential destination.

Simeone Inzaghi has often preferred a 3-5-2 system without the presence of wide forwards, meaning there is no obvious position in the current system for Hazard, unless he is handed a free role as one of the two forwards in Inter’s preferred formation.

Inter, however, have endured a mixed start to the campaign and trail leaders Napoli by seven points, potentially leading to a pursuit of reinforcements during the winter window. Much will depend on the cost of any deal, with a loan deal appearing more viable given the financial situation at the San Siro at present.

Would Hazard consider a move to another London side?

Arsenal are 16/1 joint-second favourites to sign Hazard, despite the winger’s previous allegiances to Chelsea.

A return to the Premier League could appeal to the Belgian after a difficult period in Spain, though his signing would go against Arsenal’s recent transfer policy of signing younger players with room for further growth.

Arsenal’s lack of goals has been a concern despite their improved form in recent weeks and the arrival of Hazard could provide the Gunners with both the guile and firepower to improve their push to secure Champions League football next season.

Juventus join Arsenal as 16/1 odds to sign Hazard, as the Bianconeri look to return to the summit of Italian football.

Max Allegri’s side are currently eighth in Serie A following a disappointing start to the season, with Juventus still adjusting to life post-Cristiano Ronaldo following his summer departure to Manchester United.

Juventus’ leading scorer this season is Paulo Dybala on just three league goals and the arrival of Hazard could add a new dimension to Allegri’s attack, should the Italian side be able to coax the best from a talent who has lost his way in recent seasons.

Hazard reached double figures for league goals in five of his seven seasons at Chelsea and a fresh challenge in Italy could be the right move to reignite his fortunes.

Chelsea are the bookmakers’ favourites to sign Hazard, in what would represent a romantic return to Stamford Bridge for one of the Blues’ best players of the Premier League era.

Hazard sparkled during his seven seasons with the west Londoners and his return would be a deal that would excite the fanbase, whilst his ability to operate in between lines could bring success as one of Thomas Tuchel’s inside forwards.

Chelsea boast a wealth of attacking talent at present with the likes of Callum Hudson-Odoi, Mason Mount, Timo Werner, Christian Pulisic and Kai Havertz all competing for attacking roles, whilst both Ross Barkley and Hakim Ziyech are contenders for creative positions despite being linked exits.

Ziyech’s situation could prove the deal-maker in a potential pursuit of Hazard, both Barcelona and Borussia Dortmund allegedly monitoring the Morocco international in a sale that could free space and funds for Hazard’s return.

The Belgium international was visibly emotional upon leaving the club and retains a strong affinity with both the Chelsea fans and his former teammates, a second spell in the capital perhaps the perfect environment to rediscover his finest form.

Read – PL Icons: Remembering just how unplayable Didier Drogba was for Chelsea in 09/10