Seven Premier League players who smashed it during the International break

Seven Premier League players who smashed it during the International break 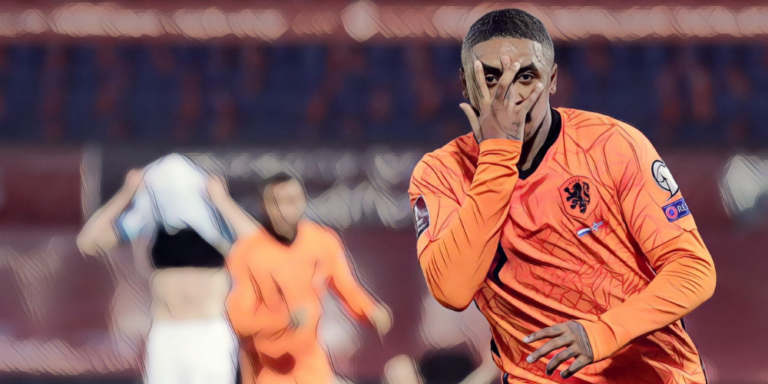 National sides once again relied on a strong contingent of Premier League players for the latest international break, as the domestic game paused for World Cup qualification fixtures.

Leading names from the Premier League jetted off across the globe to represent their national sides, in games which included Europe’s final round of qualification group games.

Several sides have now secured their place in Qatar for the 2022 World Cup and following the latest international break we’ve picked out some of the Premier League players who shone.

Here are seven Premier League players who smashed it during the international break.

Harry Kane’s season has failed to get up and running at Tottenham, a post-Euro 2020 hangover and the fall-out from a failed move away from the north London side having impacted the forward’s form.

Kane has scored just one league goal from nine starts for Spurs this season, but capitalised on the modest opposition of Albania and San Marino to fill his boots during November’s international break.

The 28-year-old scored a hat-trick as Albania were thrashed 5-0 at Wembley on Friday evening, a treble which moved Kane level with Jimmy Greaves for goals scored for the Three Lions.

The current Tottenham talisman then moved past Greaves and level with another former Spurs striker in the all-time rankings, after hitting four goals against San Marino to equal Gary Lineker’s record of 48 goals for England.

Scored the most goals ever in a calendar year for @England.

Kane became the first England player to score consecutive hat-tricks in 64 years during the 10-0 win, whilst he is also the first to score four times in a fixture since Ian Wright also achieved the feat against San Marino in 1993.

The embarrassing ease at which England dismantled the minnows saw the Three Lions score double figures in a fixture for the first time since 1964, with Kane now just five goals adrift of Wayne Rooney’s record as the nation’s record scorer.

Michail Antonio’s fine form for West Ham failed to earn the forward England recognition, changing his international allegiance to Jamaica after being overlooked for the Three Lions in recent years.

Antonio made his debut for the “Reggae Boyz” during September’s international break, before scoring his first goals for Jamaica during this month’s pause from Premier League action.

The 31-year-old netted a superb individual effort during the 1-1 draw with El Salvador, bursting down the left flank before lifting a delicate finish over the onrushing goalkeeper to open his international account.

Great hit from Antonio, but the follow up is absolutely glorious pic.twitter.com/X4iy9gu9wO

Antonio followed that effort with a spectacular strike from distance to earn a point against the United States on Tuesday, his fierce shot leaving Manchester City’s Zack Steffen with no chance.

Antonio’s decision to represent Jamaica has been a major boost to the nation’s hopes of just a second appearance at the World Cup, though there is much work to be done to secure qualification with the side currently seven points behind Panama in the final play-off spot with just six games remaining.

The Netherlands have assured their place at the World Cup for the first time since the 2014 edition, with Louis van Gaal’s side heading to Qatar after missing out on a place in Russia in 2018.

Having earlier squandered a two-goal lead to draw with Montenegro, the Dutch needed to win against Norway to assure their passage to the tournament as group winners, with the Norwegians capable of overhauling the Oranje with victory of their own.

The contest was settled by two late goals for the Netherlands, who had Tottenham’s Steven Bergwijn to thank for securing qualification.

Steven Bergwijn with a stunning strike for the Netherlands against Norway

The winger – who has made just three league starts for Spurs this season – opened the scoring with just seven minutes remaining, lashing home an emphatic finish to ease the pressure on the Dutch.

Bergwijn then raced away on the counter from inside his own half in stoppage-time, unselfishly squaring to Memphis Depay to put the result beyond doubt.

Ilkay Gundogan’s return to goalscoring form will have pleased Manchester City over the international break, the midfielder showing signs of getting back to his best following a frustrating period on the sidelines through injury.

Gundogan started Germany’s 9-0 rout of Liechtenstein from the penalty spot, before scoring twice as Hansi Flick’s side beat Armenia to make it nine wins from 10 fixtures in World Cup qualification.

At the double this evening.

The 31-year-old’s goals from midfield were pivotal in City’s run to Premier League success last season and Pep Guardiola will be hoping that the midfielder can rediscover his goalscoring touch ahead of a busy period of fixtures.

What had appeared a nightmare qualification campaign for the Republic of Ireland has ended on a positive note for Stephen Kenny’s side, back-to-back clean sheets and strong performances having increased optimism following a difficult period.

Shane Duffy earned his 50th cap for The Boys in Green during a battling goalless draw with Portugal, continuing his recent renaissance at Brighton with a solid defensive performance as Ireland stifled the likes of Cristiano Ronaldo and Bruno Fernandes.

Ireland – whose home defeat to Luxembourg in March had represented a nadir for the national side – exorcised their demons somewhat with a convincing win over the same opposition this month, a fixture which saw Duffy open the scoring after heading home his seventh international goal.

The 29-year-old will remain a cornerstone of the side moving forward as Ireland look to build on their encouraging finish to the qualification campaign.

Scotland continued their fine form to secure a home semi-final spot for the World Cup play-offs, consecutive wins over Moldova and Denmark ensuring that Steve Clarke’s side are seeded for the upcoming draw.

Che Adams scored the second in the 2-0 win over Moldova, his goal a just reward for a tireless performance from the Southampton strike who helped Scotland to a fifth consecutive win.

That run was extended to six victories in succession following a superb showing against Denmark at Hampden Park, beating the Euro 2020 semi-finalists and previously unbeaten Danes in front of an atmospheric home crowd.

Adams was once again pivotal to Scotland’s success and on the scoresheet for a second time, racing away to score the second on the break and seal arguably the best performance of Clarke’s tenure.

Scotland will head into the play-offs confident of securing their place at the World Cup for the first time since 1998.

Neco Williams has struggled to get a look in at Liverpool given the presence of Trent Alexander-Arnold and Andy Robertson at Anfield, but the 20-year-old is fast emerging as a vital player for Wales and enjoyed an excellent international break.

Williams was a livewire down the left flank as Wales thrashed Belarus 5-1 on Saturday, scoring his second international goal with a low effort that snuck inside the near post, a stroke of luck his effervescent performance deserved.

Right or left, full-back, wing-back or winger, Neco Williams looks a real prospect. Fearless, great energy, driving runs, scoring too. Outstanding for Wales against Belarus, then Belgium. Only 20. And congratulations to #CYMRU on reaching #WorldCup2022 playoffs – as seeds. #LFC

Belarus struggled to cope with the full-back’s energy and drive, whilst Williams was again amongst Wales’ star performers during their impressive 1-1 draw with Belgium.

Williams was a constant menace to the Belgians with his boundless energy in bursting forward on the overlap, his performances having ensured Wales will enter the play-offs seeded and with a home draw on the horizon.

The post Seven Premier League players who smashed it during the International break first appeared on The Football Faithful.