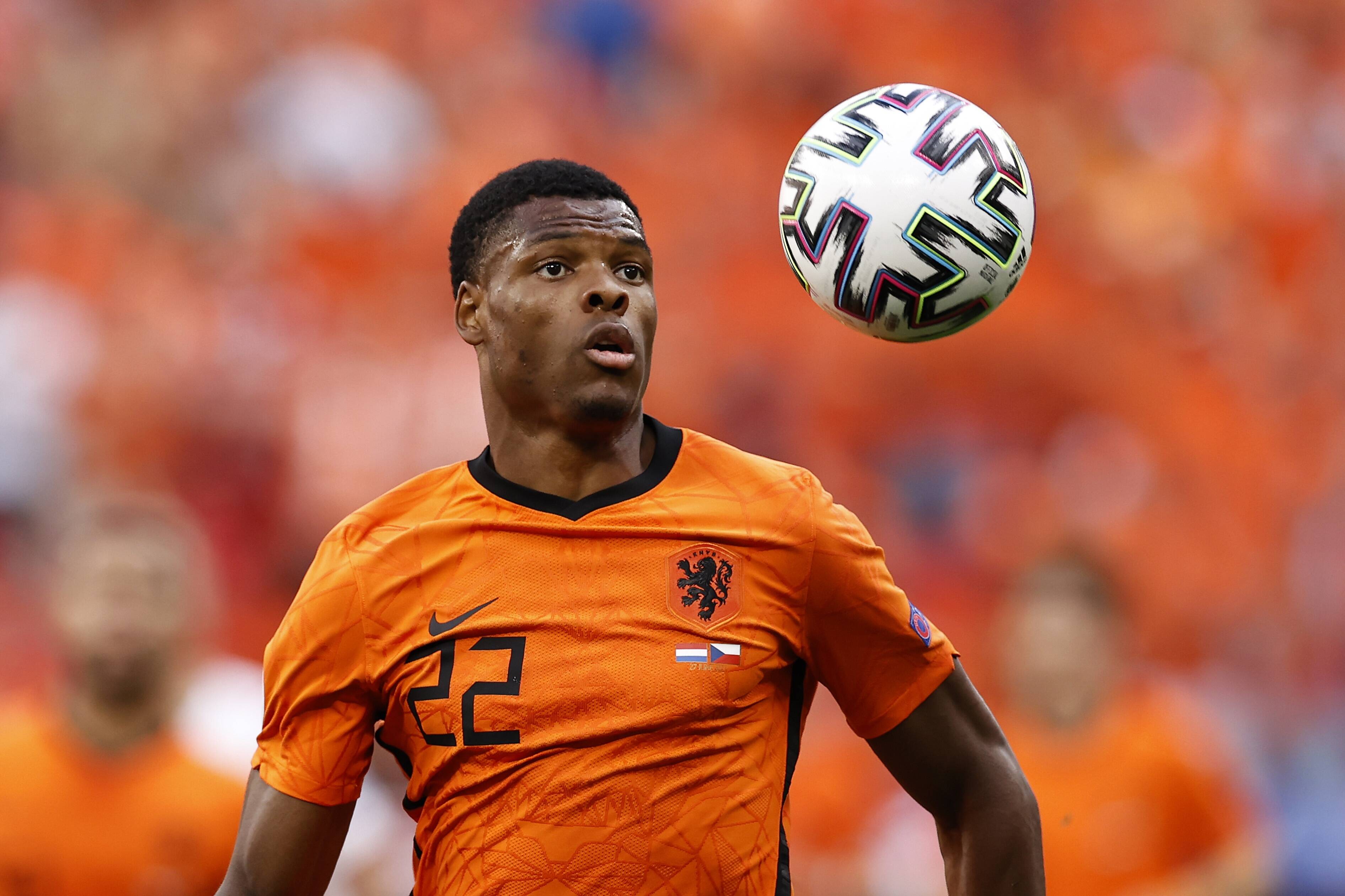 Everton must move quickly to sign defender Denzel Dumfries amid Inter Milan’s struggles to negotiate a deal with PSV Eindhoven.

Dumfries was in splendid form for the Netherlands at the European Championships this summer, registering two goals and one assist from four outings.

The Toffees were already interested in him prior to the tournament, but his performances will have caught the eye of several top European clubs.

Inter have been in regular contact with PSV for Dumfries recently, but it appears that they are yet to make any progress over a potential transfer.

The club are unable to make permanent signings amid tight financial situation, and they have proposed a loan deal for Dumfries with the option to buy.

The offer has been rejected by the Eredivisie giants, as per Calciomercato. The Italian giants may have to recoup funds from player sales before affording Dumfries.

The Toffees now have the perfect offloading to take advantage of the situation, having already held intense talks with PSV to sign the attacking right-back.

The Merseyside outfit utilised Mason Holgate and Seamus Coleman in the position last term, but neither were particularly impressive going forward.

Holgate is naturally a central defender. Coleman has been an excellent contributor for the Toffees over the years, but he is no longer in the prime of his career.

Dumfries would be the ideal addition on the right side of the backline, and he could act as the perfect companion for Lucas Digne, who has excelled on the opposite flank.

The Toffees don’t have the lure of European football at their disposal, but the prospect of playing in the Premier League on big wages could convince Dumfries.

At 25, he is at the high point of his career. He showed his quality at Euro 2020 with key tackles, strong aerial ability and the knack of finding himself in scoring positions.

He played in a more advanced wing-back position, but should have no problems adjusting to a defensive role, where he has played throughout his career.

Dumfries is valued at €20 million which could be considered a bargain fee. The Toffees must move at the earliest to avoid any bidding war for his services.