Trent Alexander-Arnold offers an update on his recovery from injury

Trent Alexander-Arnold offers an update on his recovery from injury 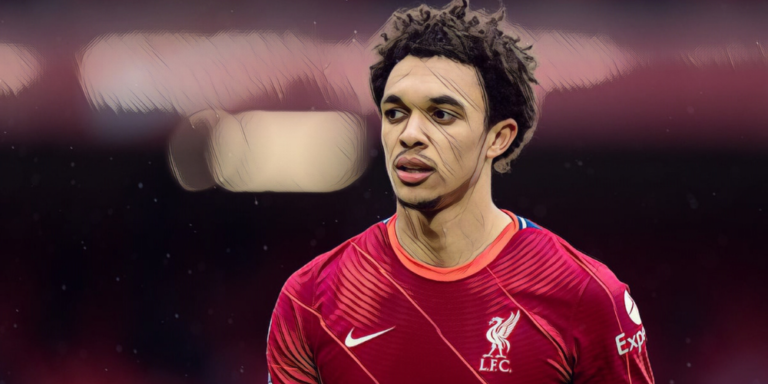 Trent Alexander-Arnold has provided an update on his recovery from injury with the defender having returned to full training at Liverpool.

Alexander-Arnold missed this summer’s European Championship with England after injuring his thigh during the closing stages of a pre-Euro 2020 friendly against Austria, but has made positive progress over the summer and says he is now fully ‘pain-free’.

The 22-year-old has rejoined the main group as the Reds continue their pre-season preparations, with Jurgen Klopp’s side beginning their Premier League campaign against newly-promoted Norwich on August 14.

Liverpool play two back-to-back ‘mini-games’ on Tuesday before facing FSV Mainz on Friday, and the Englishman is hoping to play a part.

“[I’m] fully pain-free. I’ve been doing a lot of rehab when we were off over the summer with the physios and the medical staff, which was good for me,” Alexander-Arnold told Liverpoolfc.com.

“I feel fit, I feel healthy and I’m back in full training now, so it’s good. It’s good for me.

“I’ve done quite a few sessions with the lads now, I feel fit enough to play. But the decision comes from the manager, the staff and obviously the medical staff, they need to talk and see if it’s worth the risk.

“If not, there’s a game on Friday as well, so whether it’s a case of a few minutes on Tuesday and play a bit more on Friday, ease me in like that, who knows? Either way, I’ll be ready to play.”

The countdown is on

Alexander-Arnold spoke of the importance of taking a patient approach to his recovery, with the England international one of several players – including Virgil van Dijk and Joe Gomez – on the road to recovery at present.

“If you give me the opportunity at any point to train at 100 per cent I would have taken it,” he said.

“But there were still things we needed to do. We needed to finish off the last stage of rehab and make sure we ticked all the boxes before we put me back in.

“And I think we’ve been able to do that. Now, being back in full training with the lads is good. It feels good and I feel good out there.”

The post Trent Alexander-Arnold offers an update on his recovery from injury first appeared on The Football Faithful.