Fabregas reveals how working under Conte was ‘like going to school’

Fabregas reveals how working under Conte was ‘like going to school’ 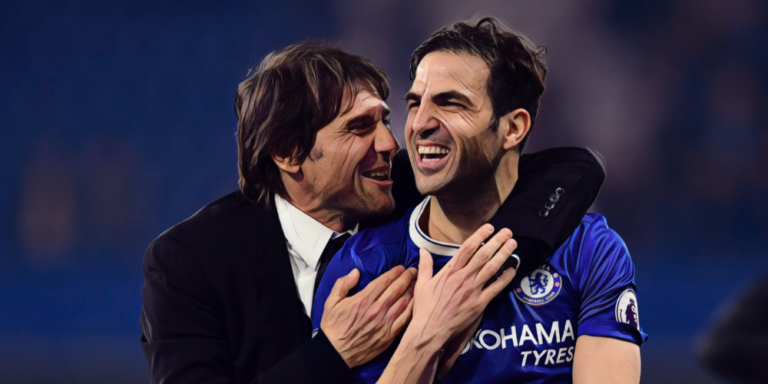 Cesc Fabregas has revealed how working under Antonio Conte at Chelsea was ‘like going to school’ and has opened up on the manager’s demanding style.

Conte spent two seasons at Chelsea and guided the west Londoners to Premier League and FA Cup success during that period, whilst the Italian has also enjoyed title successes with both Juventus and Inter Milan.

The 52-year-old has recently returned to the Premier League as the new manager of Tottenham, and Fabregas has provided an insight into what the Spurs squad can expect from a coach famed for his relentless manner.

“I think with Antonio, it was the first time that I’ve seen someone know exactly [what they want] … It was like going to school. I promise you, he will tell you, from the goalkeeper until you have scored a goal, what you have to do, exactly everything,” Fabregas told Luis García in an interview for CBS Sports.

“Maybe it’s in a different way to how I saw football. At the beginning, it was difficult for me, don’t get me wrong. A lot of running, a lot of intensity. Big sessions, double sessions, gym sessions.

“I had coaches like Pep [Guardiola] who had a lot of positioning game but we had freedom inside of this. With Conte, the freedom was non-existent, he was telling me where I have to pass the ball.”

Fabregas admits that Conte’s management left him surprised, with the head coach both meticulous and uncompromising in his approach to the game.

“I’m 29 years old in that moment, I’ve already played for 13 years, I played in every final, I won a lot of things and this guy is telling me where I need to pass the ball.”

The post Fabregas reveals how working under Conte was ‘like going to school’ first appeared on The Football Faithful.