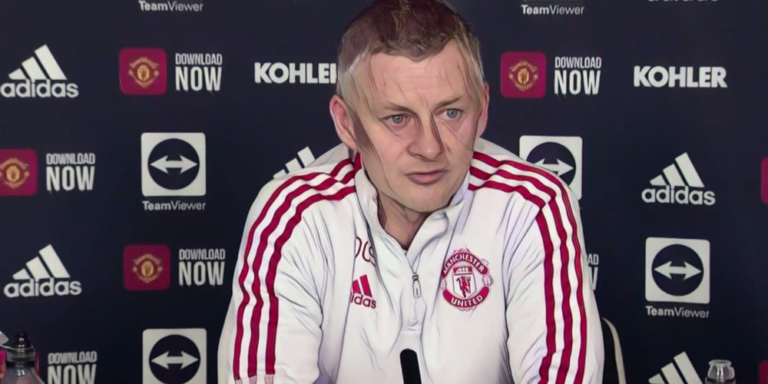 Ole Gunnar Solskjaer has answered questions on his Manchester United future and says the side have ‘put some things right’ during the international break.

The pressure on Solskjaer is mounting following a concerning run of recent results for the Red Devils, who have lost six of their past 12 fixtures across all competitions, including a humbling home loss to Manchester City before the international break.

Manchester United face Watford in the Premier League on Saturday as the club look to get their faltering season back on track. Solskjaer believes the international break has provided time to refresh and says his side are ‘ready’ for this weekend’s clash at Vicarage Road.

“Of course, I’ve been in contact and communicated with the club as I do all the time anyway, it’s been a long international break but it’s one that we’ve utilised to our benefit, we feel it’s been a good response from the players and we’re ready for the Watford game,” he said at his pre-match press conference.

“Sometimes the first thing you want to do is get back on the training ground and work on things.

“When we left for this international break it was a good time for us to refresh their minds. Some players have stayed here, some have been allowed to go home to freshen up their minds, everyone has kept in touch with the staff and one of the things we’ve learnt over the last few years, my staff have been working really hard to get everyone ready.

“We’ve corrected a few things, put some things right. I’m sure we’ll see a reaction and a good performance tomorrow.”

Ole Gunnar Solskjaer confirms the players that will be missing for Manchester United this weekend pic.twitter.com/iQbyhKu7of

Solskjaer was asked whether he feels secure in his position as Manchester United manager given the club’s current form, but insisted that he retains the backing of both the board and fans as he looks to improve results.

“Yeah, the players, the staff, myself, the club, we are working to one goal to improve, get better results,” he said. “Fans are still supporting the team and the club, they’ve been through this period, backed the team through the rebuild.

“When you lose a game you’re always disappointed and under pressure, we’ve been communicating openly and honestly. There’s one game that matters and what goes on after that. This week has been really good for training.”

The Norwegian pointed to his side’s previous challenging periods and is hopeful the Red Devils can kickstart a run of momentum with victory over Watford, ahead of a testing run of fixtures including clashes with Villarreal, Chelsea and Arsenal.

“We’ve been through periods like this before. Our away form, we’ve just gone 30-odd games and lost one. Last season we turned it around and went on a run of 20-odd games and one defeat, that’s the kind of run we need to get back.

“This week we’ve prioritised a few things we have to improve on. Form and performances haven’t been good enough. We can do better, should do better and it’s down to performances on the day, human beings, sometimes you hit the post and it goes out, sometimes it goes in, that can affect the mood, atmosphere. We’ve got to focus on getting the start right.”

The post Solskjaer answers questions on his future and says Man Utd have ‘put some things right’ first appeared on The Football Faithful.