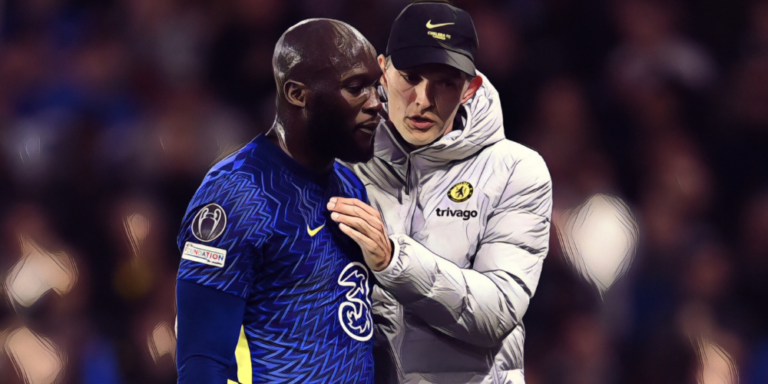 Thomas Tuchel is hopeful that Romelu Lukaku can return to action next week after providing an injury update on his squad ahead of Chelsea’s clash with Leicester this weekend.

League leaders Chelsea face the Foxes at the King Power Stadium on Saturday lunchtime, in a rematch between last season’s FA Cup finalists.

Tuchel has provided an update on his squad ahead of the meeting, confirming that Mateo Kovavic and Romelu Lukaku remain sidelined with hamstring and ankle injuries respectively.

There was more positive news on Timo Werner, however, who has returned to first-team training and is in contention to be involved.

“I can tell you Mateo and Romelu are out for the game in Leicester,” he said at his pre-match press conference. “Romelu is very close to team training, hopefully, he will join the squad on Sunday. Let’s see how this works out. He is pushing hard and trying to come back as soon as possible. We will try on Sunday.

“Mateo will take more days until he is ready to join team training. He will miss some more matches.

“Timo is in team training since yesterday,” Tuchel added. “Let’s see. We have another training. Then we will decide if it makes sense if he’s maybe in the squad or on the bench. We can only decide after his second training later.”

Tuchel was asked whether Lukaku could return ahead of a huge period for the west Londoners, who face Juventus in the Champions League in midweek before a clash against Manchester United next weekend.

The German is hopeful that the Belgian can return to training following the trip to Leicester, but says the Belgium international will not be rushed back following his spell on the sidelines.

“It’s pure speculation and will not help,” he said. “At the moment, we try hard for him to join team training on Sunday. If everything works out perfectly, he can maybe join the group on the bench, but there are a lot of ifs and I don’t want to put pressure on him. He is putting a lot of pressure on himself.

“We will not rush things. We will take things seriously as always, we will have talks with the doctor and the physios and the player, and if there is something to be decided it will be on Monday evening.”

Tuchel spoke further on Christian Pulisic, Thiago Silva and Mason Mount, with the former fit to feature after a frustrating start to the current campaign.

Silva and Mount will be assessed ahead of the Leicester game, amid international involvement and complications with dental surgery respectively.

“Thiago Silva will train today. He did not play [in Argentina on Tuesday evening] but he has some travel in his body, some time differences. Let’s see how this works out.

“Mason is back in training, looking hungry and fresh and in a good spirit, but we need to evaluate. He did training sessions this week and looks good, but we need to see if he can start or play 90 minutes.”

The post Tuchel hoping Lukaku can be ready to return next week as he provides fitness update for Leicester clash first appeared on The Football Faithful.