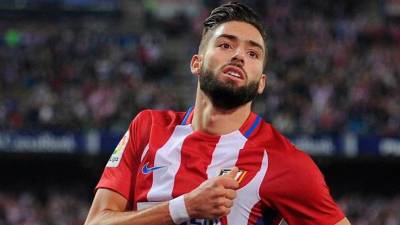 The Belgian joins a growing absentee list for the Liga leaders and will definitely not be fit to face Levante on Saturday as Atleti seek to preserve their six-point advantage over second-placed Real Madrid.

“Yannick’s got a knock that he picked up against Granada (on Feb. 13) and played through it against Levante (on Wednesday), and that’s why he was substituted when he was – we wanted to protect him,” Simeone told a news conference.

“Unfortunately he’s still got a problem and we’ll see how it develops over the next few days.”

In a quirk of the fixture list, Atletico also played Levante in midweek in a re-arranged fixture, drawing 1-1 away. They have drawn two of their last three La Liga games, which has offered the chasing pack encouragement in the title race.

There was better news for Simeone with Thomas Lemar returning to training following a negative COVID-19 test.

The club are waiting to see if January signing Moussa Dembele tests negative before naming the squad for Saturday.

Atletico host Chelsea in the Romanian capital on Tuesday due to COVID-19 travel restrictions in Spain that prevent the English club’s players entering the country. – Reuters