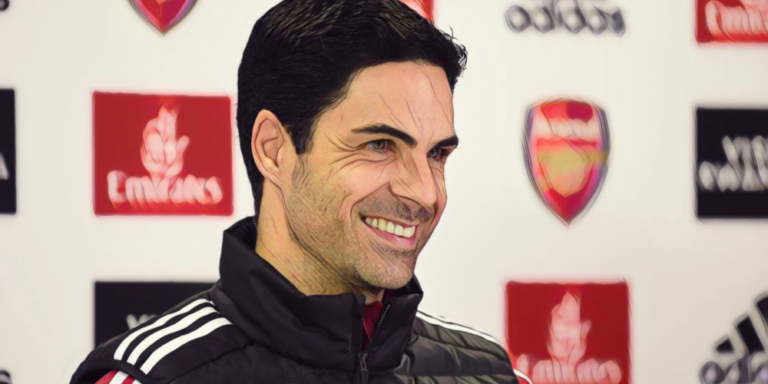 Arsenal boss Mikel Arteta has insisted that returning to the top four isn’t enough for the club, ahead of Saturday’s clash with Liverpool at Anfield.

That meeting could see the Gunners move ahead of their ‘Big Six’ rivals into the top-four with victory, such a result set to mark a remarkable turnaround following what was an initially dismal start to the current campaign.

Rock-bottom of the table with no points and no goals scored from their opening three league games, Arsenal are now in fifth with just two points separating them from a return to the Champions League places, having last finished in the top four back in the 2015/16 season.

Arteta’s men – who are currently on a 10-game unbeaten run in all competitions – will have to buck recent trends to get a positive result this weekend, however, with their last five league visits to the red side of Merseyside ending in defeat, with Jurgen Klopp’s side netting at least three times on each occasion.

Even with that poor recent form at Anfield, there is growing excitement among supporters that Arsenal have turned a corner and could put up a genuine fight on Saturday evening, with the club’s batch of new, young arrivals having all quickly made their mark.

Ahead of that potentially pivotal clash, Arteta admitted that his side won’t settle with just making it into the top four and are setting their sights on ‘being the best’.

“For me, this is positive. It means there is excitement and they want to push us,” Arteta said.

“So that mentality and drive is because of our history. That history has to be present all the time, trying to achieve the biggest targets.

“If not, you don’t have the mentality to play for this club. Whether we can achieve it or not, we will see. But the level of expectation has to be the highest.”