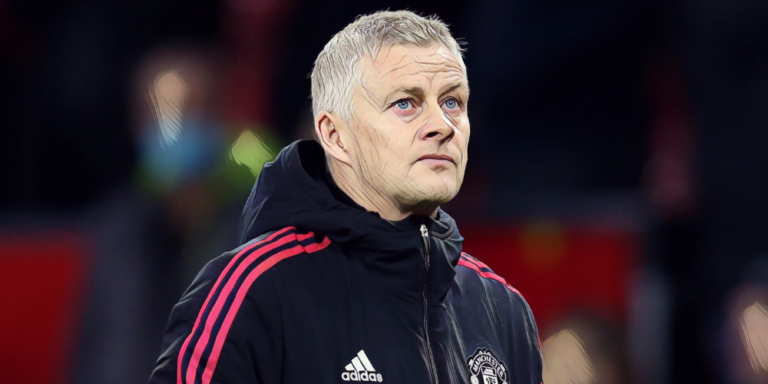 Manchester United’s misery continued as Watford piled the pressure on Ole Gunnar Solskjaer with a brutal 4-1 thrashing at Vicarage Road on Saturday.

It’s never dull with this United side, as a frantic opening saw the hosts awarded a penalty following a foul on Josh King by Scott McTominay, after Bruno Fernandes’ errant slice had put the striker through on goal.

Fortunately for the visitors, David De Gea was on hand to spare their blushes, twice denying Ismaila Sarr from the penalty spot. The winger’s initial spot-kick had been forced to be retaken after a VAR review showed Kiko Femenia – who had lashed home on the rebound – had encroached into the area.

Unperturbed by that setback, the relentless Hornets continued to dominate proceedings and were eventually rewarded for their rampant start with a goal just before the half hour mark, the lively King prodding home from Emmanuel Dennis’ pull back.

The former Bournemouth striker then saw his header beaten away by De Gea, before Sarr atoned for his earlier penalty error by firing in from the angle to heap even more misery on the under-fire Solskjaer.

Needing to roll the dice at half-time, the Norwegian introduced Anthony Martial and Donny Van de Beek for the second period, the Dutchman quickly making his mark on a rare outing with a well-taken header to pull a goal back, before teeing up Cristiano Ronaldo who saw his effort tipped over by former United teammate Ben Foster.

When it rains it pours for the Red Devils at the moment, however, as Harry Maguire was dismissed for a second yellow card after dallying on the ball and bringing down Tom Cleverley, albeit with the visitors still posing a threat with ten men as Ronaldo headed over.

Bruno Fernandes also lashed over before Claudio Ranieri’s men made sure of the points with two late strikes, first substitute Joao Pedro lashed in from the angle, before an almost replica effort saw Dennis make it 4-1.

That dismal defeat ensures it is a run of four losses from their last five league games, while they’ve only won once in the top-flight in their last seven, with Solskjaer left struggling to explain just why it has fallen apart so spectacularly.

“There’s no point saying too much – we didn’t handle the first-half at all,” Solskjaer told BBC Sport.

”We got out fought in the first half and allowed them to get in our box too easy. That’s costly against a physical team like Watford. We never got on the ball either.

Final choice will be up to Joel Glazer. pic.twitter.com/3YZXL3PbYh

”Second-half was so much better, they created five or six chances but we gave ourselves a mountain to climb, to catch two goals in the Premier League is impossible.

“First-half was very, very poor. We need to get the players in a better frame of mind to start the game because second-half it’s like they’ve got nothing to lose they played well.”

The 48-year-old has now seen his side concede 15 goals from their last five league games and slip to seventh in table, as he admitted his players are enduring something of a ‘mental block’.

“That’s human beings – I’ve got to say we’re surprised at all these lads because they are good lads, top professionals, when it’s going against you it’s hard to play with that mental block.

”Second-half, we come with out nothing to lose, score a goal created loads of chances but it wasn’t enough.”

Doubts remain over the Norwegian’s future, although United are in action again swiftly with a trip to Villarreal to come on Tuesday, before a tough-looking clash with league leaders Chelsea on Sunday.

The post Solskjaer admits he’s no clue why Man United are so bad at football after disastrous Watford loss first appeared on The Football Faithful.