Former West Ham striker Carlton Cole feels Brendan Rodgers is the right man to manage Manchester United and should make axing Cristiano Ronaldo a priority once at the helm.

Red Devils chief Ole Gunnar Solskjaer is under intense pressure to turn things around at Old Trafford. The north-west giants have slipped to sixth in the Premier League standings. Liverpool put five unanswered goals past them before Manchester City waltzed to a 2-0 triumph.

The clamour surrounding his future at the Theatre of Dreams has intensified in recent weeks. Many pundits feel the Norwegian is lucky to still have his job, with a number of names put forward as alternatives.

Zinedine Zidane has been mentioned while former Liverpool and England ace Steve McManaman tipped Mauricio Pochettino for the role. But Rodgers is now a strong favourite after his stellar work with Leicester City.

The Northern Irishman has guided the Foxes to back-to-back fifth-place finishes. They have not quite hit the heights this term but he remains a well-respected coach.

Cole feels he is the “right man for the Man United job”. And the man capped seven times for England has a piece of advice for any incoming manager that will not please United fans.

“Get rid of Ronaldo, he’s [Rodgers] going to have to usher him out,” he told talkSPORT. “The reason why, because if you have someone like Brendan he wants to build for the future.

“They’ve got a few prospects in that team that have not even played yet, very good players, and there’s talk of Jude Bellingham coming in as well. You’ve got to plan for the future – is Ronaldo the future of Man United?”

The return of Ronaldo was supposed to be the final piece of the puzzle for United’s title challenge. The Portugal superstar has been superb, with nine goals from 12 outings in all competitions.

But he is not the type of player who can do the things that Rodgers requires of his forwards.

“He’ll eradicate the players that are not fitting into that formation or system, he has to otherwise he’s going against his own morals.”

And the 38-year-old Londoner is adamant that the Leicester chief could take United to another level. 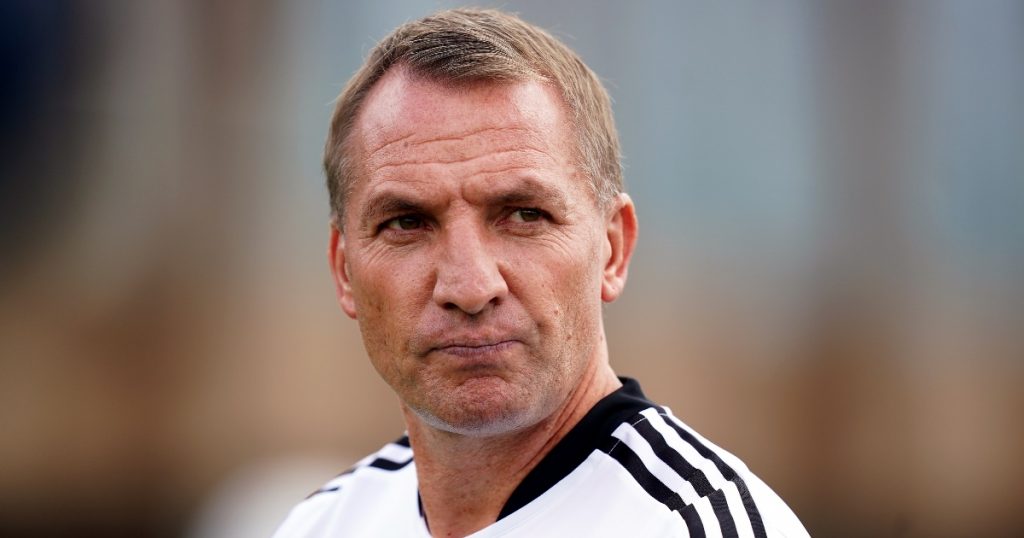 “Brendan Rodgers actually suits that Man United to a tee at the moment because that’s the way they were going under Ole last season and I think he will add to that with more knowledge,” Cole continued.