David Moyes is refusing to get carried away with West Ham’s lofty position but feels consistency separates the current team from those of the past.

The Hammers moved up to fourth in the Premier League table after beating Tottenham 2-1 on Sunday. Michail Antonio gave the hosts the perfect start after five minutes.

Jesse Lingard doubled the advantage just two minutes after the break with a sublime finish. Lucas Moura’s 64th-minute header made it a nervous last half hour for the East End outfit but they managed to hold on.

Gareth Bale struck the bar while Son Heung-min hit the post as Spurs dominated the second period. Moyes was delighted with the result but knows there is still plenty to work on.

“A great win for us. A tough opponent,” he told Sky Sports. “Things like possession we feel we can be better.

“Let’s not get carried away totally, we still have some things to do but simple things like hunger and the desire to succeed can cover other things as well.”

And the Scot reserved special praise for Tomas Soucek and Lingard.

“He (Soucek) is a manager’s dream. He is somebody who wants to play, really humble and enjoying being here,” he added. “Jesse has been a very good player, we shouldn’t take that away. He has had a difficult year. He has given us something else and helped us get better.”

Moyes glad to be looking up

West Ham struggled last season to finish 16th in the table. But it has been a different story this time around, with 13 wins already under their belt.

Whether they can remain among the elite to qualify for the Champions League only time will tell. Moyes knows there is still a long way to go and made it clear he and his men remain grounded. 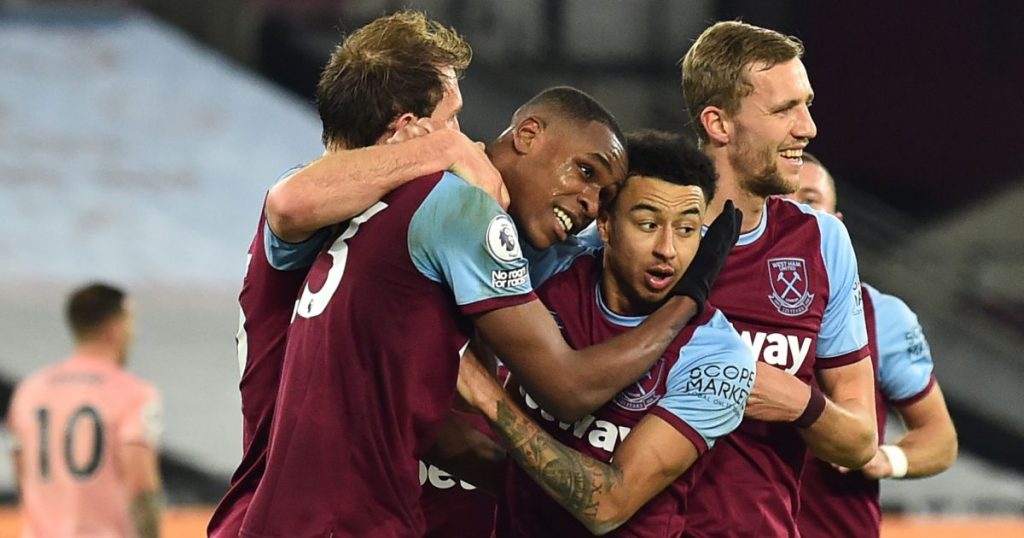 “We have only done half a job. If we continue this way we will be close. I don’t want to be negative in any way,” he continued. “We are enjoying it but are also not going to be daft. We will keep calm about and hopefully keep pushing the teams at the top.”

The Hammers have always been known as entertainers, capable of beating most teams on their day. But the former Manchester United chief believes there is now a different mindset at the club.

“West Ham have always had bits where they’ve won some big games but what they want is consistency and I think we have consistency,” he added. “This club badly needs a level where they are not around the bottom. This time last year you were asking me if we can avoid relegation so it is a great feeling that is gone.”