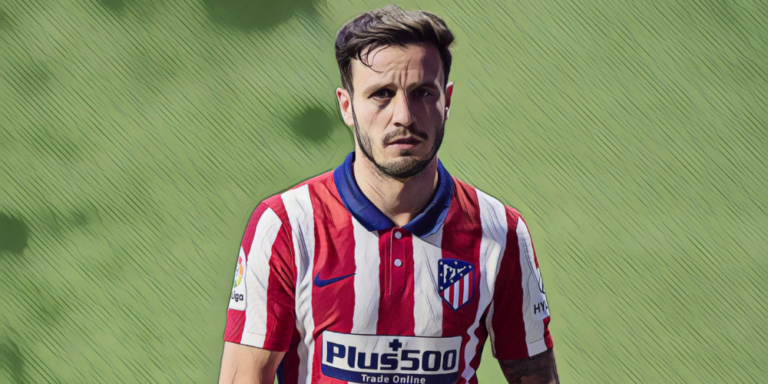 Diego Simeone has discussed the future of Atletico Madrid midfielder Saul Niguez amid links to Barcelona, Liverpool and Manchester United.

Saul has been linked with a move away from Atletico this summer after growing frustrated at his role with the Spanish champions, the 26-year-old having operated in multiple positions for Simeone’s side.

The Spain international started just 22 league fixtures last season and Simeone has now discussed the transfer talk surrounding the player, revealing Saul spoke with the club’s hierarchy about finding a more prominent role in the side.

“Last season he spoke with the club, with us about his needs and what he spoke about the option of having a place on the field where he feels more important,” Simeone told AS. “And I consider that Saúl became Saúl by playing everywhere. He or many of those around him see it as something negative.

“He is very important for Atlético because he can play as a defensive midfielder, right wing, midfielder, as a double middle … He gives us a lot of situations to be able to count on him.

“Without having a season at his best, we count on him. He is a player who in that version and playing what the coach needs, performs very well.”

Saul has been linked with a move to Barcelona as part of a potential swap-deal involving Antoine Griezmann, whilst Liverpool and Manchester United have been reported as potential suitors.

Simeone admits the transfer speculation is difficult to ignore and says he will wish the midfielder well whichever career path is taken this summer.

“I have spoken with him and we cannot put aside what is rumoured and talked about,” he said. “If you stay, to work as you have always done and if you leave, the door will be open in the best way.

“We have been together for eight years, I think we gave him everything we had as a coach and he as a footballer. If he stays, to work without giving anything away in a competition with many people in the midfield and if he has to go out, a big hug, wish him the best with the boys who gave us life and to continue being friends, as always. Either to Barcelona or elsewhere.”