Paris Saint-Germain are the latest club to be linked with Arsenal full-back Hector Bellerin as the French champions look to have a second bite of the cherry.

The Spaniard was the subject of a reported £25m bid from the Champions League finalists in September, who were then managed by current Chelsea boss Thomas Tuchel.

However, Gunners boss Mikel Arteta managed to convince him to stay at the Emirates for another season.

Nevertheless, that seemingly hasn’t deterred new manager Mauricio Pochettino from possibly having a go himself.

CBS Sports reports that PSG are mulling over a bid for Bellerin in the summer.

However, they will have to fend off competition from hometown club Barcelona. The La Liga giants are also considering making a move for the 25-year-old, with a figure of £22m being mooted.

But CBS Sports states Arsenal would hold out for a fee closer to £35m. It also claimed that two Serie A clubs were interested in the defender’s services, although didn’t name which ones.

The Express have named Juventus and Inter Milan as two clubs that have paid close attention to him in the past, though.

His contracts runs out in 2023 but the lure of Champions League football may see him make an early exit.

If a move did materialise it would end an eight-year stay at the club after making more than 200 appearances for the London outfit.

Aubameyang ‘past his best’, says pundit 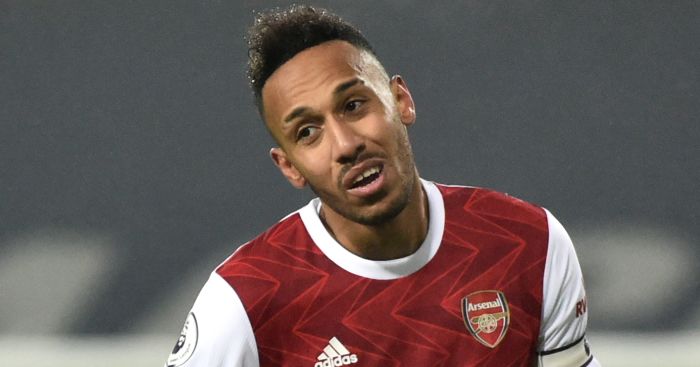 Redknapp has now turned the heat up a notch by claiming the 31-year-old is “past his best.”

“When I watch him sometimes it’s like he’s lost his superpower,” the former Liverpool midfielder said.

“I’m seeing now a player who looks like he’ll get bullied on every occasion.”

Aubameyang will have to score 14 goals in Arsenal’s final 13 games if he is to match last season’s Premier League tally.

The post PSG look to sweep aside Barcelona in bid for £22m Arsenal star appeared first on teamtalk.com.

Tuchel plans to push Abraham but how does striker compare to Giroud and Werner?

Liverpool will return to Budapest for second leg vs. RB Leipzig