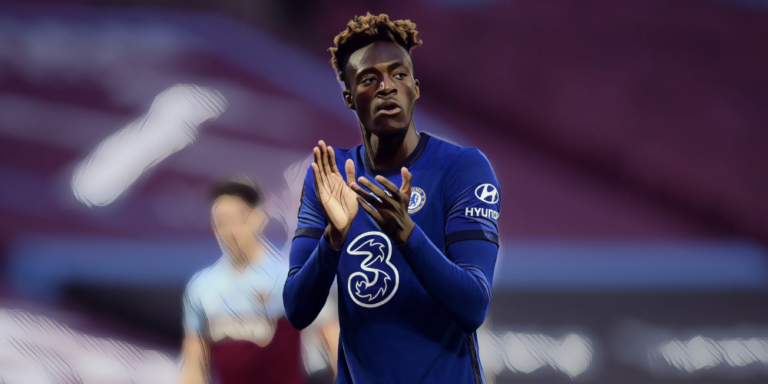 Arsenal’s interest in signing Tammy Abraham from Chelsea is understood to be ‘dependent on outgoings’ this summer.

Abraham has been linked with a move across the capital to Arsenal as Mikel Arteta continues his rebuild of the Gunner squad, the forward expected to leave Stamford Bridge after failing to convince Thomas Tuchel.

The 23-year-old started just two league fixtures and featured for just 140 minutes in the Premier League following Tuchel’s mid-season appointment as manager, whilst he was left out of Chelsea’s matchday squad for their Champions League final win over Manchester City.

Arsenal are the latest Premier League side to have expressed an interest in his signature with Tottenham, West Ham and Aston Villa all recently linked, though The Athletic are reporting that the Gunners’ interest is dependent on player sales.

Abraham is believed to be open to the prospect of moving to Arsenal – the club he supported as a child – as he bids to secure regular first-team football and regain his place in the England squad.

Arteta is keen to add a centre-forward to his options amid uncertainty over the futures of Eddie Nketiah and Alexandre Lacazette, with both players having entered the final year of their contracts, though Chelsea have set an asking price of £40m for Abraham.

Arsenal are reportedly keen on a loan deal with an option to buy, but the Blues will seek an immediate fee as they bid to raise funds for their own recruitment.

Ben White’s impending arrival at the Emirates from Brighton will take the north London side’s spending to £72m this summer, whilst the Gunners also remain keen on signing Sheffield United goalkeeper Aaron Ramsdale.

The post Arsenal’s interest in Abraham ‘dependent on outgoings’ first appeared on The Football Faithful.