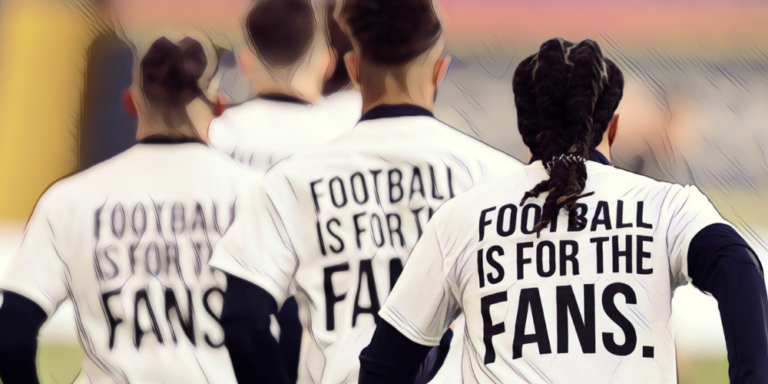 An interim fan-led review has declared an independent regulator ‘is needed’ for English football amid a potential ‘existential crisis’.

In a letter penned to Oliver Dowden, the Secretary of State for Digital, Culture, Media and Sport, the group has discussed the changes and reforms that they believe are required to ensure the future of the game.

The review comes amid the fall-out from the European Super League proposal, in which the Premier League’s ‘big six’ – Manchester United, Manchester City, Liverpool, Chelsea, Arsenal and Tottenham – announced plans for a breakaway competition featuring leading sides from Italy and Spain.

The plans threatened the existence of domestic divisions and UEFA’s continental competitions, though subsequently collapsed following a fierce backlash from fans and leading figures over the ‘closed shop’ aspect of plans deemed as an inconceivable show of greed from the elite.

Further issues – including club ownership and poor financial controls that have contributed to the demise of clubs such as Bury and Macclesfield Town – have also prompted the fan-led review and calls for reform.

The review – which is being conducted by Tracy Crouch MP – says that evidence has been sourced from fan groups, leagues, the FA, clubs at every level of the pyramid and representatives of players and managers amongst others and have called on Dowden to now implement change.

Chief amongst the points is the need to introduce an independent regulator for football to govern potential risks to the game – particularly financial regulation, corporate governance and ownership.

The report discusses the unsustainable way in which several clubs are run at present, with the 2018/19 season showing nine Premier League clubs operating at losses, whilst the situation is even worse further down the pyramid, saying the game is facing an ‘existential crisis’.

Crouch also recommends changes to the game’s financial distribution and how it currently shares wealth from top-to-bottom.

Most notably via an end to parachute payments & the beginning of more equitable use of the Premier League’s vast broadcasting revenues.

In the Championship during that same campaign, only two clubs made both operating and pre-tax profits, average wage to turnover was a staggering 107% and average operating losses £16m annually.

Another change would be the protection of ‘heritage assets’, including club’s rights to home stadiums, club badges, location, colours and competitions, removing the power from majority owners who are described as simply as ‘custodians of a community asset’.

The review is also looking into a proposed ‘golden share’ for supporters, giving veto powers over reserved items as the review bids for greater supporter involvement in clubs and better transparency between football’s governing bodies and the fans.

The final report is due in the autumn where those behind the proposals will hope to see Government-enforced changes and a restructure to English football.