Liverpool looking to raise £70m through sale of fringe players

Liverpool looking to raise £70m through sale of fringe players 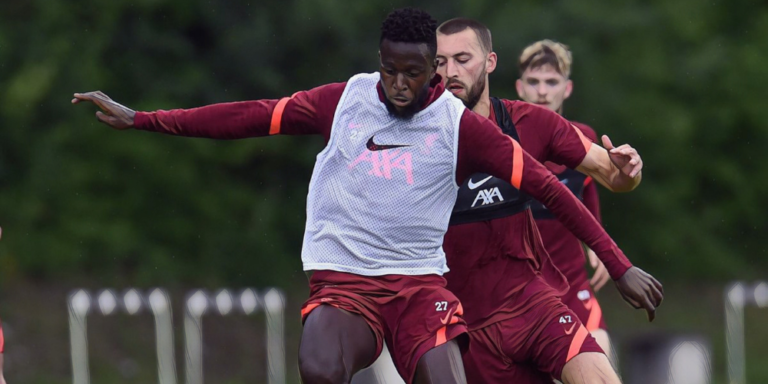 Liverpool are looking to raise around £70m through the sale of fringe players this summer, as the club seek additional funds for their own transfer activity.

Liverpool’s summer recruitment drive has been slow at present with the £36m signing of Ibrahima Konate from RB Leipzig the Reds only notable business to date, with much depending on how much the club can raise from the sales of unwanted squad members.

Marko Grujic this week departed to sign for Porto in a deal worth £10.5m, whilst Taiwo Awoniyi has sealed a £6.5m switch to Union Berlin after spending the 2020/21 season on loan with the Bundesliga side.

Both players have spent most of their Liverpool careers away from the club on various loan deals and the Liverpool Echo are reporting that the Reds are now keen to raise further funds through departures.

Nat Phillips is attracting interest after impressing in Liverpool’s run to Champions League qualification last season and has been linked with both Burnley and Brighton, the defender’s pathway to first-team football set to be blocked by the arrival of Konate and returns from injury of established names in Virgil van Dijk, Joe Gomez and Joel Matip.

Harry Wilson will also be allowed to leave if a suitable bid arrives following several recent loans, whilst Neco Williams, Xherdan Shaqiri and Divock Origi are also available after struggling for regular minutes.

The report says that Liverpool hope to raise between £60m-£70m from those sales, with the club reportedly interested in signing a new multi-functional forward to provide competition in attack, alongside a midfielder to replace the departed Georginio Wijnaldum.

The Reds have been creditted with an interest in West Ham’s Jarrod Bowen and Atletico Madrid’s Saul Niguez.

The post Liverpool looking to raise £70m through sale of fringe players first appeared on The Football Faithful.