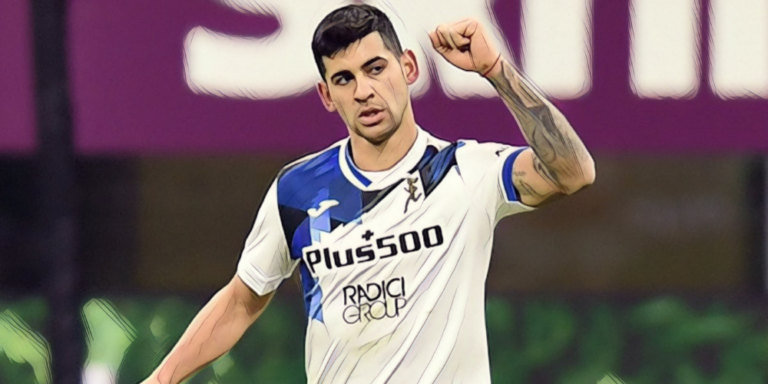 Fabio Paratici has been busy following his arrival at the north London side as sporting director and has made the signing of at least one new centre-back a priority, with Atalanta defender Romero emerging as the club’s leading target.

The 23-year-old was named as Serie A’s best defender for the 2020/21 season after impressing on loan for the Italian overachievers, who have the option to sign the Argentine from Juventus.

Atalanta are willing to sell on the defender immediately – for a much higher fee – after activating that clause in the loan agreement, though The Athletic are reporting that Spurs are ‘not willing’ to meet his valuation of €40m (£34.5m).

Barcelona have also been linked with Romero and Spurs have a list of alternative targets should a move fail to materialise, including Lyon centre-back Joachim Andersen – who spent last season on loan at Fulham.

Talks have also been held with Bologna over a deal for Japan international Takehiro Tomiyasu, who can play either centrally or at full-back, but Spurs are yet to meet his €17m (£14.6m) asking price.

Despite a lack of progress over a deal for Romero, Spurs are close to the completion of a deal for the defender’s Atalanta teammate, Pierluigi Gollini, with the goalkeeper set to provide competition for Hugo Lloris on an initial loan deal with an obligation to buy should he make 20 appearances.

Gollini has impressed for the Serie A side in recent seasons and is viewed as a potential long-term replacement for Lloris, who has entered the final year of his contract at the Tottenham Hotspur Stadium and had been linked with PSG, only for the Parisians to sign Gianluigi Donnarumma instead.

Paratici is said to have utilised his ‘good relationship’ with Gollini’s agent in order to get a deal done, the fee to make the goalkeeper’s loan move permanent being set at €15 million (£12.9 million).

Talks have also progressed promisingly over a deal for Sevilla winger Bryan Gil, a deal having been struck to sign the youngster for €25 million (£21.6m) with Erik Lamela heading in the opposite direction.

The post Spurs ‘not willing’ to meet asking price for ‘first choice’ target Romero first appeared on The Football Faithful.